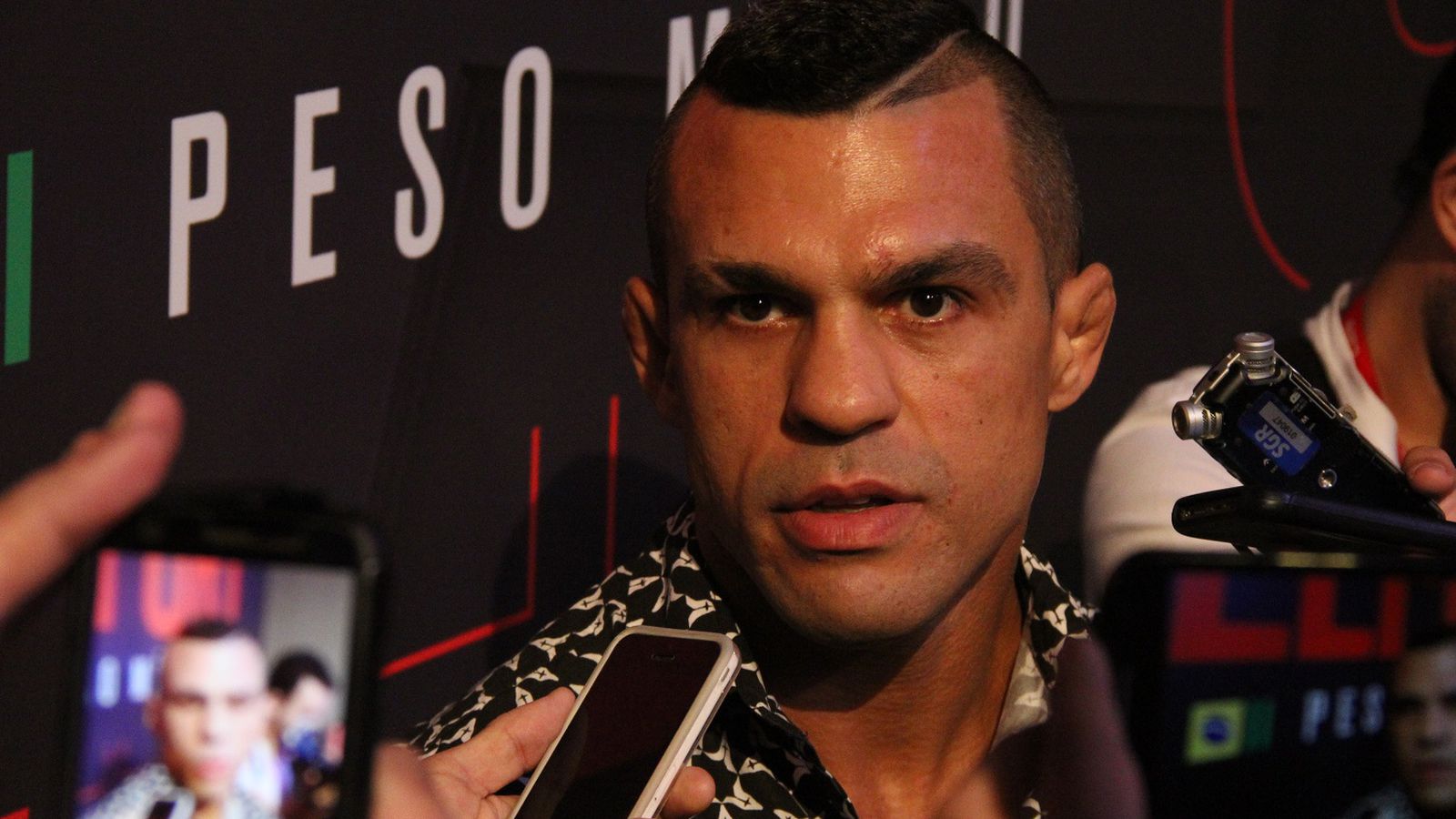 It seems like Vitor Belfort won’t retire after all, and his team already has plans for his future in the sport after UFC 212.

“The Phenom” recently said he will “continue competing” after the last bout of his contract with the UFC, his upcoming clash with Nate Marquardt on June 3 in Rio de Janeiro. His manager Gustavo Lacerda has some options in mind for the Brazilian.

Lacerda told MMA Ganhador podcast that Belfort wasn’t so excited anymore about fighting in the past, but “he lit up his fire again,” and that explains his change of heart about retirement.

“Technically and physically, Vitor has full conditions to continue fighting,” Lacerda said. “Of course, he has the hormonal deficiency everybody knows… But I think he lit up his fire again. We’ll go fight by fight. First, we’ll think about his fight with Nate Marquardt, and then we have more good things ahead.”

According to the manager, several promotions reached out to Belfort’s team during his UFC run, asking how long his contract with the company was. Days away from becoming a free agent, “The Phenom’s” team revealed interest in fights with two fighters who are currently under contract with Bellator.

“What I think it’s possible to imagine is: what does the MMA fan wants?” Lacerda said. “He wants to see Vitor vs. Wanderlei (Silva), wants to see Vitor vs. (Chael) Sonnen. He wants these type of fights. And it’s the type of fights that interests us. Vitor doesn’t need to prove anything regarding to ranking or title. The idea is to have fights that are interesting. Interest the fans, and interest the fighter.”

“I’m particularly crazy to see Vitor vs. Wanderlei,” he continued. “It’s a fight I pay to see. There are fights people want to see, and those are the fights that are interesting. Where it will be, and how it will be, I can’t say anything right now. But they might happen.”

Belfort, who knocked out “The Axe Murderer” in 44 seconds in UFC’s first trip to Brazil in 1998, was scheduled to face both fighters in the Octagon in the past few years. However, both fights fell apart when Belfort broke his hard prior to his rematch with Silva in 2012, and Sonnen failed a drug test in 2014.