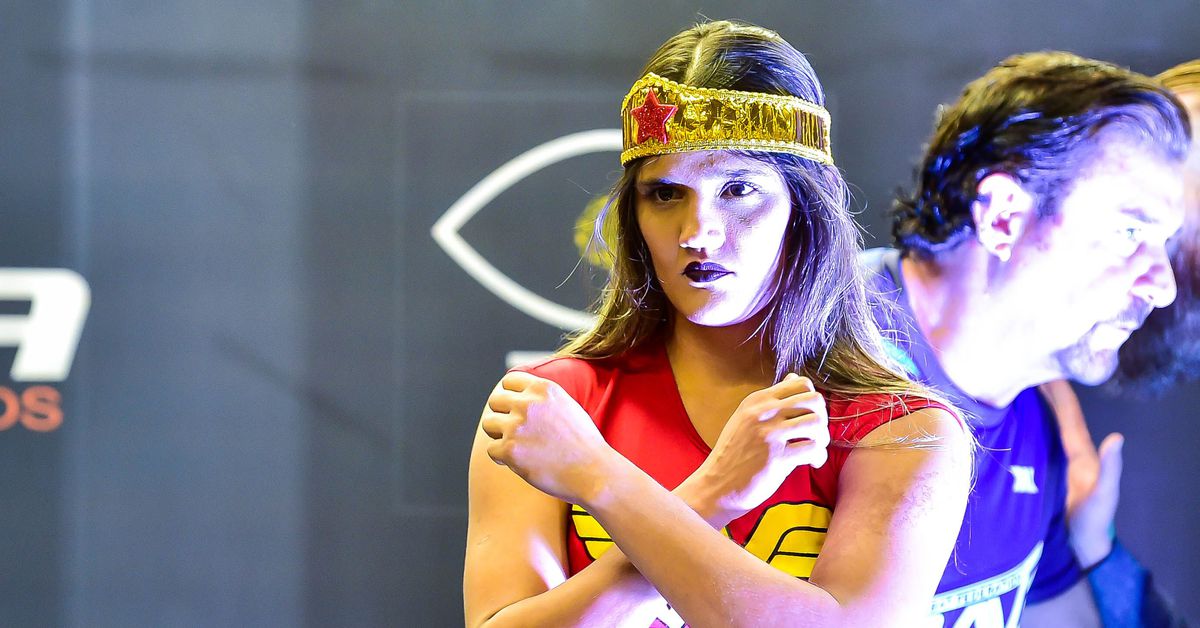 The Brazilian “Wonder Woman” stopped a criminal in her hometown on Sunday.

Brave CF strawweight Maria Ribeiro, nicknamed after the fictional superhero, was leaving home with her sister-in-law and a friend in Sinop, Mato Grosso, Brazil, to buy groceries on a local market on Sunday when a man exposed himself to them on the street.

“I left the house and was about to enter the car, (and) this guy on a bicycle exposed himself,” Ribeiro told MMA Fighting. “A million things crossed my mind in 10 seconds. We had three kids playing in the front yard all the time; my brother goes to work, and there’s only women and 3- and 4-year-old kids at home every day. Imagine what happens if this guy shows up?”

Ribeiro and the two women entered the car and chased the man for several blocks before they caught up.

“I jumped out of the car and started running barefoot after him,” she said. “He started screaming that he was innocent, that he hadn’t done anything, that he was trying to take a piece of meat from his shorts. I slapped him, punched him, took him down. My friends held me when he was bloodied on the floor, so we called the police and he was arrested.”

The man gave a statement to the police on Sunday; he was released later the same day because authorities can’t detain people at the station for more than 24 hours, a Sinop police officer told MMA Fighting on Monday. The case was forwarded to the Women’s Police Station.

The 5-3 MMA fighter hoped to make her return to the Brave CF cage around April and May before the coronavirus pandemic forced all events to be cancelled. She returned to her hometown after CM System in Curitiba, Brazil, was shut down.

After the incident, Ribeiro said she again took matters into her hands. She found out where the man lives and spoke to neighbors, who described him as a “weird” person.

“That pissed me off,” Ribeiro said. “We see the world we live today and how many cases of rape going on. We know that happens every day, so I wouldn’t be able to sleep at night if I hadn’t gone after him. He probably saw three women and thought they were helpless.”