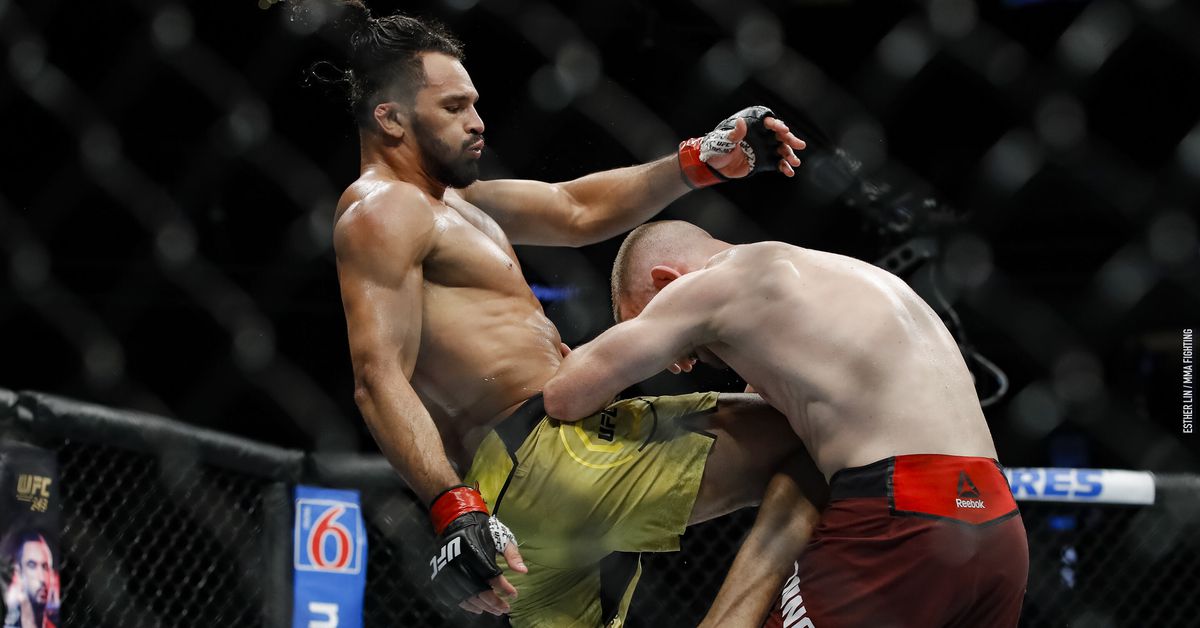 Diego Sanchez will not enter the Octagon on Saturday night if Michel Pereira comes in over the welterweight limit, but the Brazilian guarantees he shouldn’t worry about it.

In fact, Pereira believes that’s the veteran brawler is coming up with excuses to deal with fear.

Pereira missed weight by a pound for his last fight with Tristan Connelly in Vancouver last September, and later told MMA Fighting he considered quitting due to exhaustion in the second round after cutting 38.5 pounds in two and a half weeks.

The Brazilian switched things up this time, moving his camp back to Belem, Brazil, and training with the coaches that introduced him to this sport a decade ago.

“Everything is okay now. It’s all right,” Pereira told MMA Fighting on Wednesday afternoon, when he had still 6.6 pounds left to cut. “Everything is going according to the plan.”

When informed that Sanchez had no intentions fighting him if his opponent came in over 171 pounds on Friday, Pereira fired back.

“He’s afraid to fight me because he knows I’m well prepared this time,” Pereira said. “That’s just him trying to hide behind the weight. I’ve fixed my mistakes and I will make weight.”

If all goes right and they enter the cage Saturday, Sanchez promised to leave Pereira lying on the ground, “in a pool of blood.”

“He’s damn wrong,” said Pereira, who believes “Nightmare” is expecting him to gas out like in his last outing. “I’m prepared, I’m ready to fight him anywhere he wants. I will surprise him and the whole world.”

In the end, Pereira expects to add another knockout defeat to The Ultimate Fighter winner’s record and pocket extra $100,000 after missing out on his post-fight bonus in Vancouver.

“We will win the ‘Fight of the Night’ bonus and I’ll get one for the best knockout,” he said. “It’s going to be a great fight. We’ll make sure fans from the whole world talk about this fight. This match-up is way better (than Connelly) because we’re both aggressive fighters. MMA fans will love this. It’s gonna be a war.”