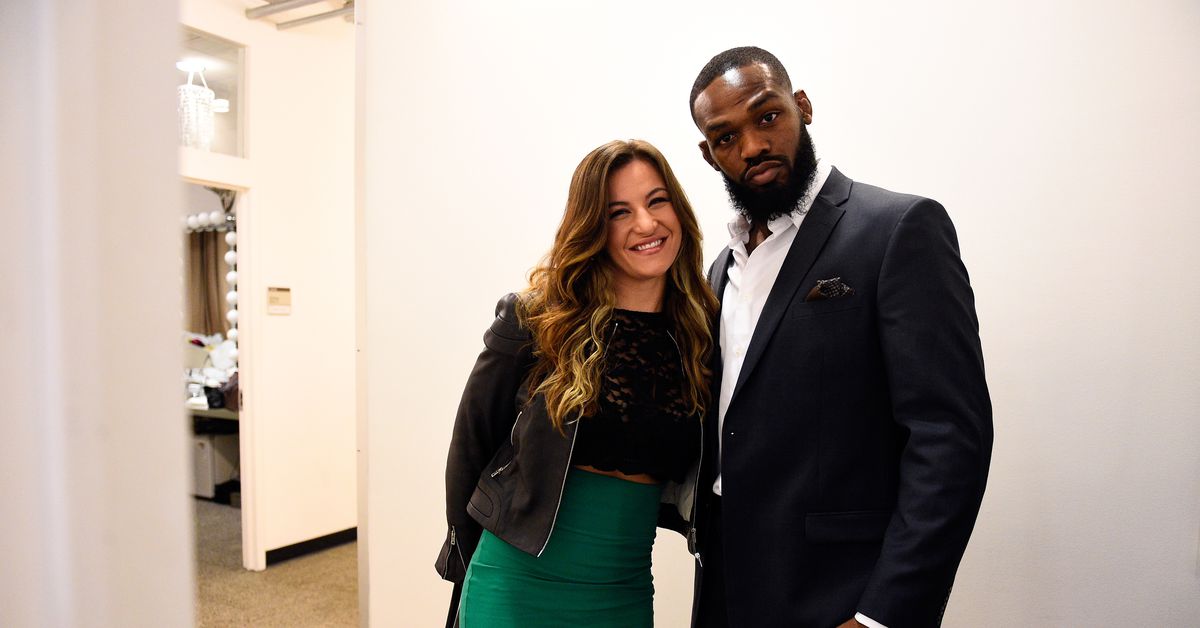 Two weeks ago, Jon Jones was arrested yet again, this time on charges of battery domestic violence. In the weeks that have followed, more details surrounding the arrest have come out, painting a disturbing picture wherein Jones’ fiancée, Jessie Moses, was found bleeding “from her nose/mouth” and admitted that Jones has gotten “a little bit” physical with her, though she denied that Jones hit her. It’s the latest in a long list of run-ins with the law for Jones, who has been arrested multiple times one charges of driving under the influence as well as other things, and many in the MMA community have seemingly had enough, including a notable figure who would call herself Jones’ friend.

Miesha Tate is a pioneer of MMA and the former UFC women’s bantamweight champion, and speaking to MMA Mania, Tate said that’s it’s long past time for Jones to take responsibility for his actions.

“It is so disheartening,” Tate said. “Jon Jones, we can give him all the compliments for his accolades and he deserves that, but there are just a lot of unforgivable things that he’s done throughout the history of his career. At least in the limelight that we know of. It’s really tough to separate, I think it’s getting more difficult for fans to separate the two. To just be a fan of him as a fighter and not recognize the other things he does as a human being that kind of tarnish that.

Following his release on bail, Jones posted to Instagram, not directly addressing the charges against him but stating that “I will leave alcohol in my past forever.” It’s a similar message Jones to the one Jones posted last year when he was arrested for DWI where he said he had “an unhealthy relationship with alcohol.”

Given Jones’ continued problems, many have suggested that it’s high time Jones face actual repercussions for his transgressions, particularly from the UFC. Though the UFC stripped Jones of his title back in 2015, he was reinstated to the active UFC roster just five months later, which many feel was nothing more than a slap on the wrist to Jones. But Tate says that it doesn’t matter what Dana White does, this is Jones’ problem to solve.

“I would like to consider myself an acquaintance-slash-friend [of his]. I don’t wish anything ill towards Jon Jones,” Tate said. “I know I have pissed him off before with my comments, but if I had any advice for the man, from the bottom of my heart, it would be to stay away from those things that cause you that potential fallout. Whether that be alcohol, whether it be certain kinds of drugs, I don’t know. If it’s an atmosphere [or] if it’s Las Vegas. If you need to walk out of the room when you’re upset and take an hour before you come back and talk to your partner. I don’t know what his Kryptonites are, but I think he has to be strong enough and have the mental fortitude to recognize those and stay the hell away from him. That’s how he’s going to keep himself out of trouble.

“Nobody can do that but him. Dana White cannot get one of those little kiddy leashes and follow him around all day long. It’s not Dana White’s fault. You can’t do that. He has to recognize what his problems are, Kryptonites are and steer clear. I hope he can do that but I won’t be one holding my breath because you can’t even be surprised by it anymore.”

No Contest. ‘Big’ John McCarthy weighs in on the Kevin Holland vs. Kyle Daukaus no contest: ‘That was the right call for what occurred in this fight’.

Boxing. Tyson Fury responds to Deontay Wilder calling him a cheater: ‘I’m going to cheat again because I’m going to smash his face in’.

Most gruesome injuries in Bellator history.

The Co-Main Event. Discussing the weekend of mostly terrible fights.

38 year old man, upside down record coming off 5 first round stoppage losses vs an 11-1 fighter who had already beaten him. Gets KOd, never recovers and dies. This is not a sport to get paychecks and promoters have to be more responsible in these matchups. Prayers to his family https://t.co/9CxFCB9xzt

It’s not the first time and it likely won’t be the last mate but it seems all to common in boxing and it’s creeping into MMA.

Deaths are the only thing that highlights such issues unfortunately.