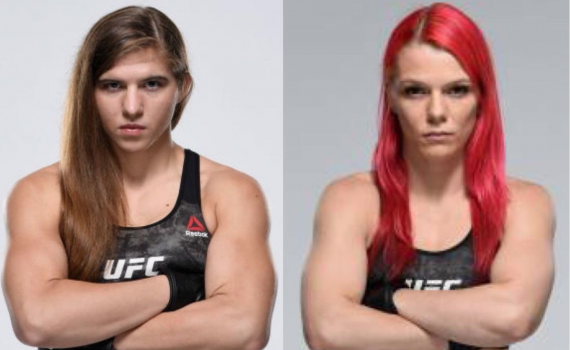 Miranda
Maverick will square off against Gillian
Robertson in a flyweight contest at UFC 258.

Maverick initially announced the bout on her Instagram account and
it was later confirmed by
MMAFighting.com. UFC 258 is expected to take place at the UFC
Apex in Las Vegas on Feb. 13 and is headlined by a welterweight
title tilt between Kamaru
Usman and Gilbert
Burns.

Robertson, meanwhile, had a two-fight winning streak snapped in a
decision loss to Taila
Santos at UFC Fight Night 183 on Dec. 19. Prior to that
Robertson had posted victories over Poliana
Botelho and Cortney
Casey in the Octagon.