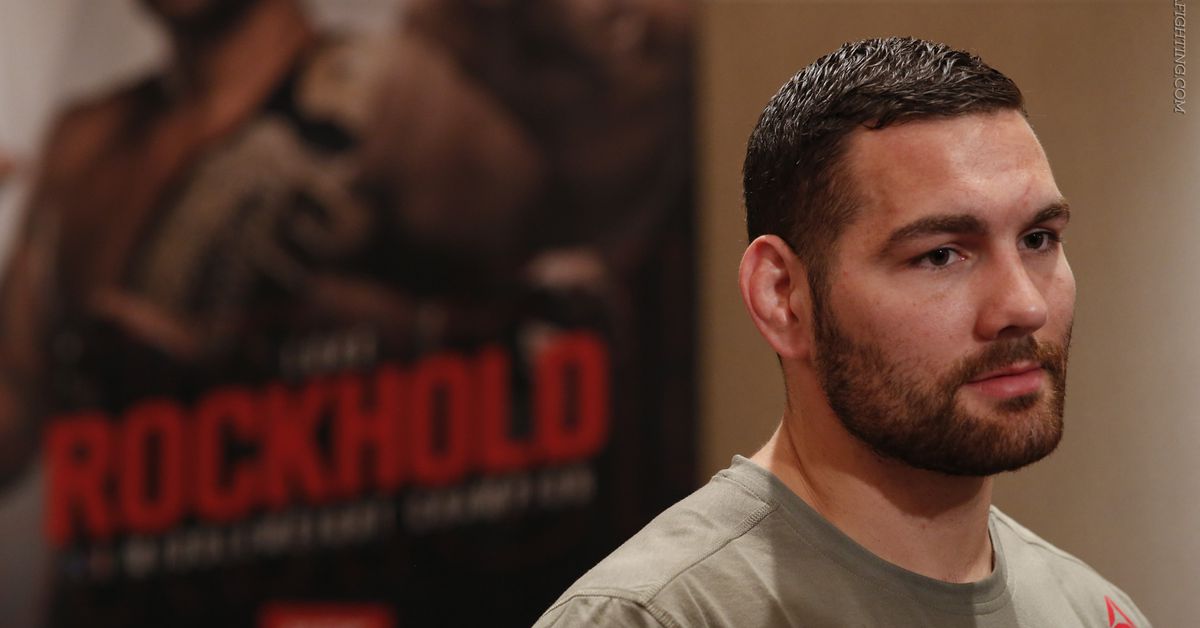 At UFC 261, former middleweight champion Chris Weidman faced Uriah Hall in a pivotal middleweight clash that Weidman hoped would put him one step closer to another title shot. Instead, tragedy struck and now Weidman is just hoping he gets to take steps again.

Just 17 seconds into the first round against Hall, Weidman threw a low kick that Hall checked, which ended up shattering Weidman’s shin in a fashion eerily reminiscent of Weidman’s own victory over Anderson Silva in their rematch. It was a gruesome sight and Weidman was rushed to the hospital for emergency surgery. Following the surgery, Weidman has been in pretty good spirits, updating fans on social media and even cracking the occasional joke, but Monday, Weidman gave another update to fans via Instagram. Even though Weidman is no stranger to difficult recoveries, as you might expect, this one is proving to be more challenging than even he anticipated.

“I figured this would have been kind of like other surgeries I’ve had in the past where the first three or four days kind of suck and then it just gets better from there but to be honest with you . . . the first three or four days were probably the best days I’ve had,” Weidman said. “Maybe the anesthesia was still in me and the inflammation may have been helping with some of the pain because – how many days am I out? eight days out, something like that, from the surgery – after the three/four days, it was just super painful. I’m just literally sleeping all day. I was really trying not to take the oxycodone, I was just taking Tylenol and ibuprofen and then at certain points throughout the day I may have taken an oxycodone if I really needed it.

“The pain getting up to go to the bathroom or anything like that is so bad. When I have to go to the bathroom it takes such willpower and preparation mentally to get up because as soon as I start standing – well I don’t stand on the leg but on my crutches – the blood just starts pooling by my shin and my foot and just it is definitely brutal.”

The pain is not the worst part of recovery though, Weidman said. The former middleweight champion continued to discuss what he’s going through and revealed that while the pain is obviously bad, it’s what the pain could possibly mean that is really terrifying.

“I was pretty scared about this pain because I’m thinking about the worst-case scenarios,” Weidman continued. “Worst-case scenario is that the blood supply doesn’t come back to my bone and doesn’t take which would mean possible amputation. I had that happen to my thumb after I fought Kelvin Gastelum. I had surgery for a ligament that tore after throwing a left hook on him and then about eight weeks after surgery they realized that the blood supply to that bone, it was such a concussive shot that the blood supply wasn’t coming back. So they had to take my whole bone out and put my hip bone inside there because the bone was just deteriorating and dying. So if that happened to my shin bone, my tibia or my fibula, I don’t know what would happen. Amputation, prosthetic leg, all that stuff.

“So that scares me and I’m praying and I’m positive it’s not going to happen but that’s a possibility. I spoke to a doctor about it and actually tibia’s have the worst percentages of healing properly after surgery. It’s not a bad percentage, it’s like five percent, but that’s scary.

“The other thing is I have numbness on the bottom of my foot and a few of my toes. It’s tingling like they’re sleeping so I don’t have full control or the nerve isn’t fully back with that. So that’s a little scary as well. I’ve had 23 surgeries, this is my 24th and this is completely different in so many ways than anything I’ve ever dealt with. I’ve had neck surgeries and hand surgeries and every body part you could ever think of surgeries and this has been pretty brutal.”

Hopefully Weidman will be able to make a full recovery in time.

Postponed. Leon Edwards vs. Nate Diaz rescheduled from UFC 262 in May to UFC 263 in June.

Israel Adesanya breaking down his KO of Robert Whittaker.

The Co-Main Event. Discussing UFC Vegas 25 and the non-UFC action this week.

The Man and the MITH. Discussing UFC Vegas 25, Diego Sanchez, and Jones-Ngannou.

Dustin Jacoby does not know how scoring works.

When I didn’t think it could get any worse after seeing all these Oscar winners aka (Aljolame winners) this is what I get! I wouldn’t be surprise if this dirt bag, Sean “ padded record “ O’salty headlines this event. You might as well sign @jakepaul uncle @danawhite #youtubemma pic.twitter.com/Wys6Otr3Tj

I understand why top 15 guys don’t want to fight someone outside of top 15. But don’t act like you are better and ignore the callouts. You can just say no. Soon tables will turn and this ratings will look very different Tag someone who won’t say no to the challenge

So you want to be a fighter?

Damn, that is terrifying from Chris Weidman. Best wishes, man.