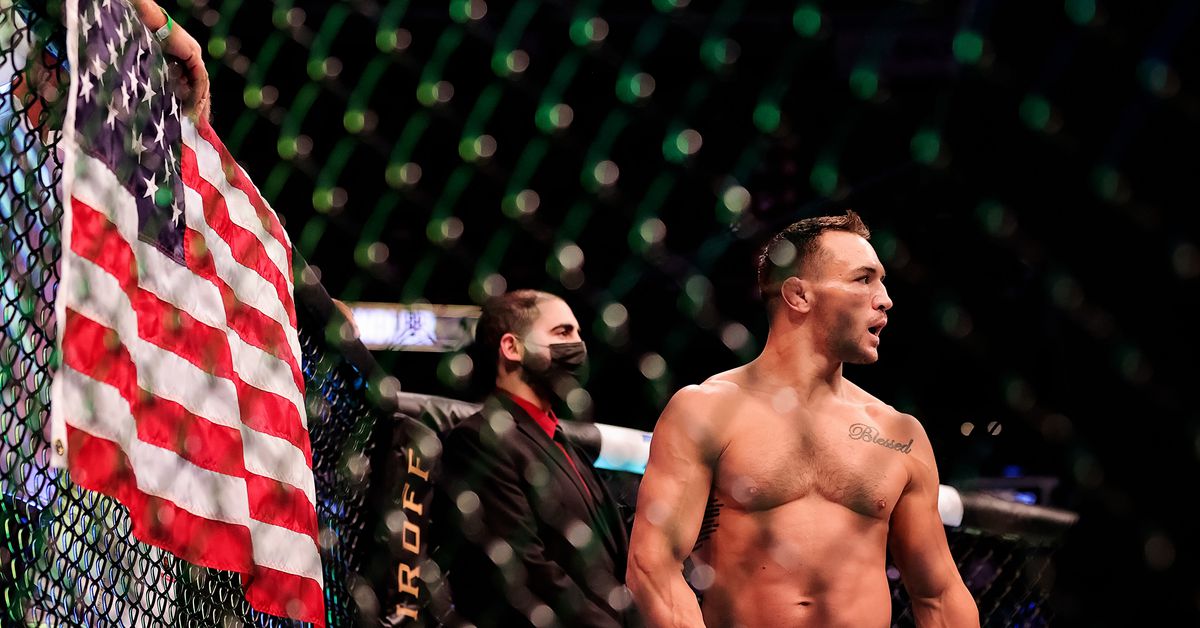 A highly anticipated lightweight contenders bout between Michael Chandler and Justin Gaethje might not be coming to The World’s Most Famous Arena after all.

During an Instagram Live chat Wednesday, Chandler expressed his trepidation over the new COVID-19 vaccination mandates laid out for the state of New York. As of Aug. 16 (full enforcement beginning on Sept. 13), customers will be required to show proof of vaccination to enter restaurants, gyms, and indoor entertainment venues. These rules would presumably affect the UFC’s proposed trip to Madison Square Garden for UFC 268 on Nov. 6, which has the three-time Bellator lightweight champion and one-time UFC title challenger concerned that his meeting with Gaethje may not proceed as scheduled.

Chandler is not planning to be vaccinated by Nov. 6, which he understands could prevent him from fighting in New York.

“I just saw that New York is dropping some heavy mandates on the city of New York City,” Chandler said (transcript via MMA Junkie). “Basically, they’re requiring you to be vaccinated (and) show proof of vaccination for indoor dining, indoor fitness and indoor performances and entertainment. Obviously a UFC card, a UFC fight being thrown at Madison Square Garden is considered indoor entertainment and indoor performance.

UFC President Dana White told TSN that he will not demand that his fighters receive a COVID-19 vaccination. He insisted that he will “never tell another human being what to do with their body” and that the choice to vaccinate will belong to the fighters. White’s comments come two weeks after the NFL announced that its players will not be required to vaccinate, but that an outbreak among unvaccinated players could result in the forfeiture of games and game checks.

Chandler stated that he is not against vaccination, but that he is waiting until the vaccine is fully approved by the U.S. Food and Drug Administration. Currently, the FDA is still working towards fully approving the Pfizer-BioNTech and Moderna vaccines.

Regardless, Chandler reiterated that he will not be vaccinated come November and should that be a requirement for him to fight Gaethje on Nov. 6, then the bout may have to be postponed, assuming that the event takes place in New York at all. White has previously stated that he will not bring the octagon to a venue during the pandemic unless it can be sold out at full capacity.

Rankings. Controversy abound in the latest edition of the MMA Fighting Global Rankings.

Insurance. Light heavyweight contender Jiri Prochazka will serve as a backup to the upcoming Jan Blachowicz vs. Glover Teixeira title fight at UFC 267.

Debunked. Vitor Belfort’s alleged close call with the Olympics is being called into question.

Back. Retired featherweight contender Chad Mendes will soon fight for the BKFC.

Behind the scenes of T.J. Dillashaw’s fight with Cory Sandhagen at UFC Vegas 33.

Just a whole lotta Gaethje leg kicks, because why not?

Jack Slack. Breaking down the biggest fights of UFC 265.

Three years ago today, I dethroned that man who had the longest wining longest streak in UFC history. It wasn’t the streak that was important to me but the fact that I avenged loss to the man who knocked me out in 2:36min of round one. #hetookthecheese pic.twitter.com/09H6pxklP1

So grateful for all that God has given me. Two years ago I was driving for Uber on the side to make ends meet with two boiled eggs in a to go container. Now, my eggs are made by the best chefs in the world and has my name on it. Life man. @ufc265 pic.twitter.com/PfwYTV1rnn

Man, it would really suck to miss out on a Gaethje-Chandler fight. Let’s hope they get this situation in New York sorted out or that they can find another spot to host this one, which deserves to be seen in front of fans and not relegated to the UFC APEX.

Do you think Justin Gaethje vs. Michael Chandler happens at UFC 268 in New York?