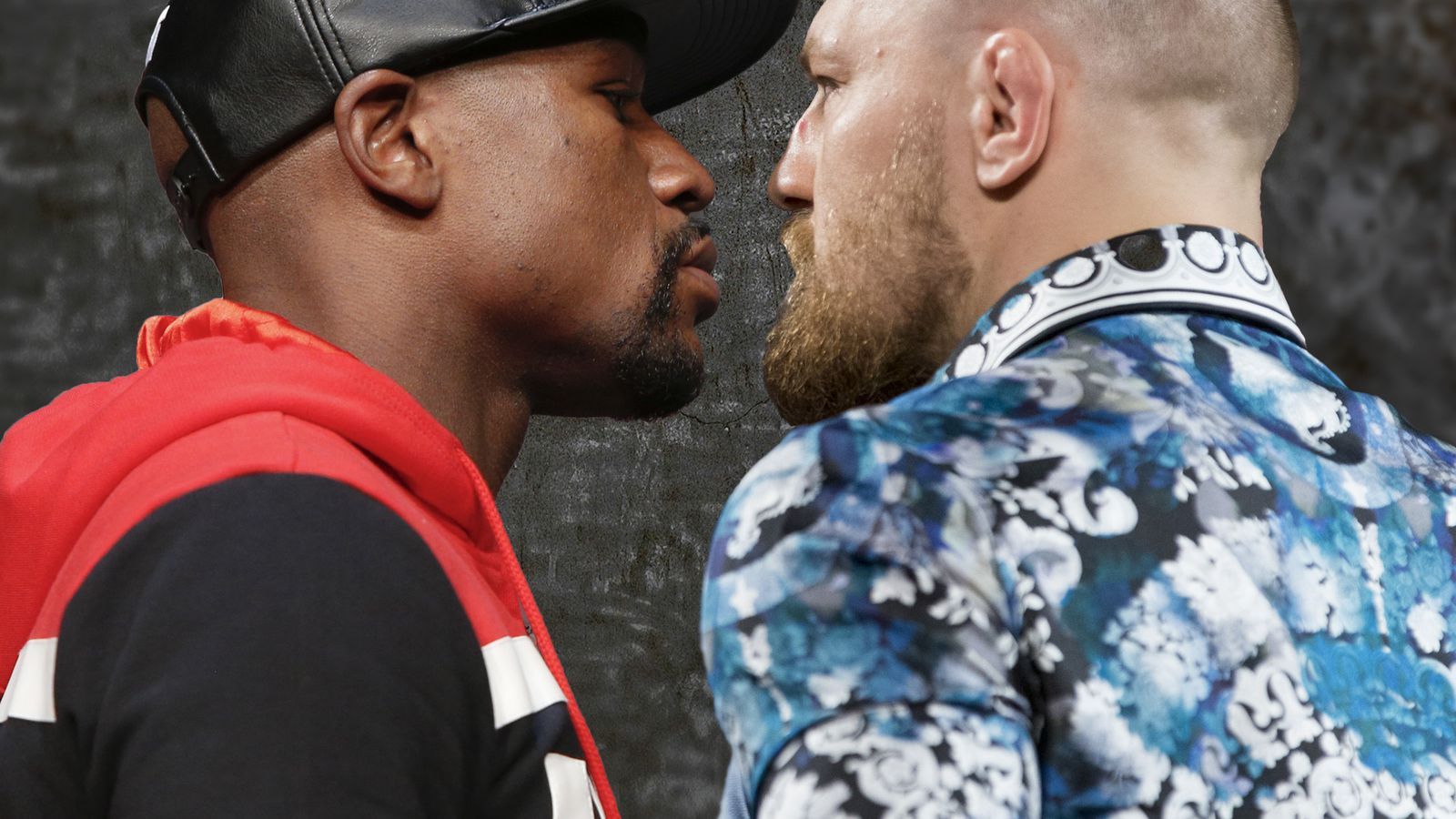 Last week, UFC lightweight champion Conor McGregor finally came to terms with UFC President Dana White on an agreement to box pound-for-pound boxing great Floyd Mayweather. After finalizing their end of the deal, White said that he would now turn his attention to negotiations with Mayweather’s team in the hopes of setting p the fight for later this year. In light of this development, Mayweather said that he “looked forward” to signing his end of the deal but insisted that there’s “no rush” in getting the deal done.

But now Mayweather may be changing his tune.

Yesterday, in an interview with FightHype, Executive Vice President of Showtime Sports Stephen Espinoza said that though they would be willing to wait until next year if they had to, Mayweather and Showtime are targeting an early fall date for the proposed superfight.

“I think the date really is a function of how long it takes to get a deal done because the reality is, it took a long time for the UFC and Conor to reach an agreement to allow Conor to participate. Now the real negotiations start which is the Floyd side versus the Conor-UFC side. If that drags on then you’re probably looking at late this year. If it really drags on then you’re looking at early next year. But if people are as motivated as they seem to be – I know how badly Floyd wants it – if we get this wrapped up pretty quickly we could be seeing it early fall. That’s the goal. That’s what we’ve heard from Floyd. Now it’s just getting in a room and seeing if people will be reasonable on the kind of deal that they’re looking for.”

Last month, Espinoza stated that negotiations for the bout were “at a standstill” and speculated that this was because the UFC wasn’t genuinely interested in facilitating the fight for fear of losing their biggest star permanently. But with White and McGregor wrapping up their end of the deal, Espinoza now seems much more confident in the bout’s likelihood. Espinoza is not even worried that the biggest boxing fight of the last several years, Canelo Alvarez vs. Gennady Golovkin, was announced for September 16th, taking the date that was loosely being targeted for Mayweather-McGregor.

“I’m not sure it matters because we’re dealing with an event that’s massive. The only comparison that people can really make is Mayweather-Pacquiao and you could have done that any day except Super Bowl sunday and it would’ve been massive. So I don’t think the date will make a difference commercially. . .

“The Mexican holiday has a been a date that Floyd really elevated but it’s not a date that Floyd needs to make [the fight] bigger. That fight will make the date not the date making the fight. There are some fights where putting them on those dates makes it bigger and adds to it; this one is gonna be huge no matter what date it’s on so really, it’s a function of what works for Floyd in the business negotiation and his preparation.”

Since 2009 (essentially since he established himself as a pay-per-view star) Mayweather has only ever fought on the weekends of September 16th and May 5th, the former being Mexican Independence Day and the later being Cinco de Mayo. Mexico and the Mexican community globally has historically had a strong appreciation for the sport of boxing and Mayweather sought to leverage this by only competing on those holiday weekends.

But even with Alvarez vs. Golovkin taking up the prime date real estate, Espinoza isn’t worried. Most people in the sport believe the superfight will do extremely well on pay-per-view with some even projecting it to draw five million buys on PPV. Espinoza isn’t confident that the fight will do that well but he does think it’s a possibility that Mayweather-McGregor surpasses Mayweather-Pacquiao, the current best selling PPV of all time.

“It’s tough to say that because even before Mayweather-Pacquiao my prediction was 3-3.5 million buys. I said after the fight that I wasn’t sure that we’d ever see some event in my lifetime to surpass it. Just because it was so big, I hesitate but at the same time, I have trouble thinking of a significant group of people who bought Mayweather-Pacquiao who would then say, ‘No, I’m not gonna buy Mayweather-McGregor,’ and since you are drawing from two distinct fan bases, it might give that record a run for the money.”

Clutch those pearls. Oscar de la Hoya opines that boxing “might not recover” from Mayweather vs. McGregor.

125. With a new flyweight title on the line, veteran MMA fighters try out for season 26 of The Ultimate Fighter.

Rampage. There was a vicious KO slam by Rudy Gavidia at Fusion FC 27.

Boxing people really hate a fight that their dude is gonna obliterate a guy in.

Magana on TMZ. Her attorney should get her to chill cause she ain’t doing herself no favors.

Leaving the UFC doesn’t seem to have hurt Diego.

Conor moving up in the world.

Gokhan Saki signed by the UFC is a weird sign of our current times in MMA.

This may be the worst possible way to campaign for a title shot.

All you casual fans… remember when no one thought @TJDillashaw deserved to fight Renan and he was suppose to get merked….

Cat trying to get that coaching spot.

Ragin’ Al went all in this “suh dude” on El Cucuy last night.

Uhhhhhh. Nah. Wow. Magana is the least sympathetic victim ever.

Might be tough to fight if the UFC suspends you.

.I think the @ufc need to clarify what’s going on with the 145lb div. Are they keeping it? Or are they dropping it? It’s time for answers… https://t.co/2sTV5PaKUZ

This is an outlandish overhand right.

Baysangur Vakhitov KO’s Igor Litoshik in R1. I’m not sure you could punch someone harder. ACB bringing the knockouts now. pic.twitter.com/QBw8q3sEGL

2012: Junior dos Santos knocked out Frank Mir to retain the UFC heavyweight championship at UFC 146. In the co-main event, Cain Velasquez brutalized Antonio Silva to set himself up for a rematch with dos Santos.

Dana betting nuke this fight because if this thing somehow happens and it draws even close to 5M PPV buys, Conor is never fighting in the UFC again. Bet that.

That’s all for this week, folks. Monday is Memorial Day so, just a heads up, no TMR until Tuesday. Enjoy your long weekend for those of you who get one and I hope all of y’all enjoy the fights on Sunday. Until Tuesday, be easy.

If you find something you’d like to see in the Morning Report, just hit me up on Twitter @JedKMeshew and let me know about it. Also follow MMAFighting on Instagram and add us on Snapchat at MMA-Fighting because we post dope things and you should enjoy it.