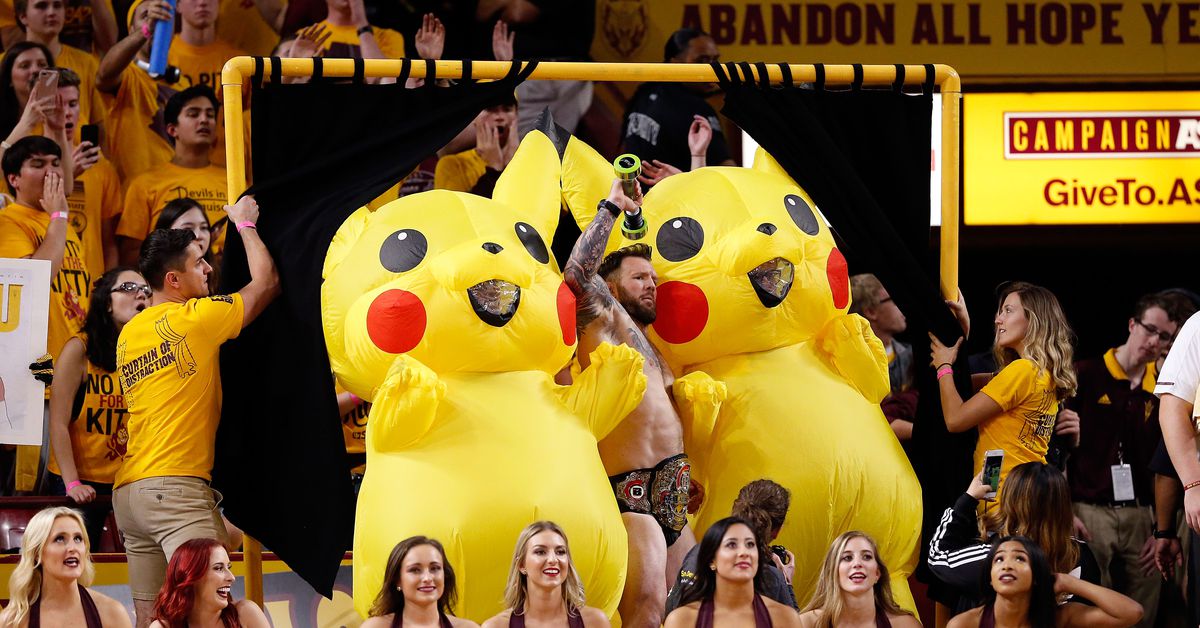 So yeah, just a regular night in Tempe, Ariz.

Bader, the Bellator light heavyweight champion, was a part of Arizona State’s Curtain of Distraction on Thursday night during the basketball team’s rivalry game against the University of Arizona. The Curtain is a tradition at Arizona State, Bader’s alma mater, and a way to throw off the free-throw shooters from the opposing team.

It wasn’t just Bader, though. When the curtain opened, it was the former All-American college wrestler nearly naked — only the gold belt around his waist — and huge Pikachu at his side.

The scene was so absurd, it went viral on social media pretty quickly.

Bader joins Olympic legend Michael Phelps and Arizona Diamondbacks pitcher Archie Bradley as recent Curtain of Distraction participants. Phelps stripped down to only a gold speedo, which actually seems like a lot of fabric compared to Bader.

Believe it or not, a Harvard study showed that the Curtain does actually work.

Bader, 34, has been the Bellator champ since June 2017, beating Phil Davis in his promotional debut after jumping ship from the UFC as a free agent. “Darth” Bader takes on Muhammed Lawal in the Bellator Heavyweight World Grand Prix tournament first round May 12 in San Jose.