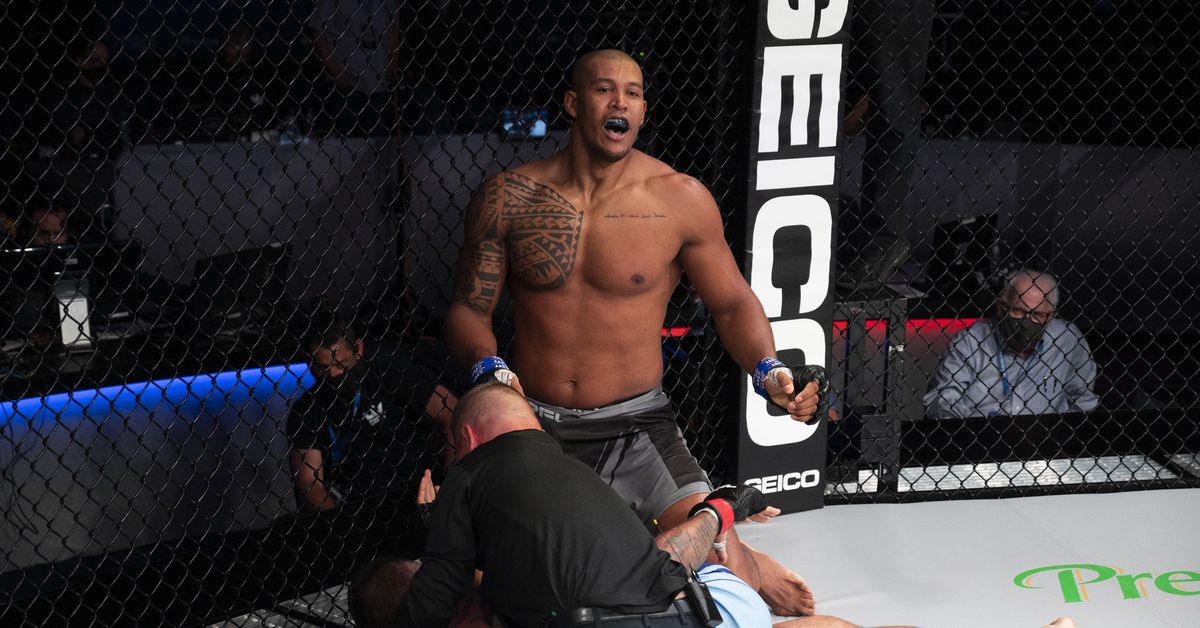 The New Jersey Athletic Control Board on Monday overturned Renan Ferreira’s submission win over Fabricio Werdum at PFL 3, changing the result to a no-decision after Werdum’s camp appealed to the commission.

Ferreira was declared the winner of the bout this past Thursday when he knocked out Werdum with a series of strikes after being caught in a triangle choke. Referee Keith Peterson missed a pair of taps by Ferreira that were caught on camera as Werdum applied the choke.

After reviewing the footage and consulting experts, NJSACB commissioner Larry Hazzard Sr. decided to overturn the result, per ESPN, citing referee Peterson’s admission that he would “likely had stopped the contest” had he seen Ferreira’s tap.

On Monday, Werdum’s manager, Ali Abdelaziz thanked the commission for its quick action.

“I want to thank the New Jersey Athletic Commission, Mr. Nick Lembo who worked all weekend on over turning Fabricio Werdum’s decision,” wrote Abdelaziz, who immediately appealed the result in the wake of Werdum’s loss in the headliner of the event at Ocean Casino Resort in Atlantic City, N.J. “I also want to thank PFL for quickly providing all of the necessary evidence.”

Werdum told commentators he loosened his submission hold on Ferreira when he felt his opponent tap. Referees usually advise fighters prior to a fight to hold on to a submission until they intervene to avoid such an outcome.

Werdum, a former UFC heavyweight champion, took the fight with Ferreira in his first appearance with the PFL after his departure from the UFC this past November. His previous fight ended in a submission win over Alexander Gustafsson in July 2020. Ferreira, meanwhile, submitted his previous opponent via triangle choke at LFA 74 in August 2019.

OFFICIAL: The New Jersey State Athletic Control Board has overturned the result of Werdum vs Ferreira to a No Decision. Per the PFL rules, both fighters receive 1 point in the heavyweight standings. pic.twitter.com/9kwudsPYmP