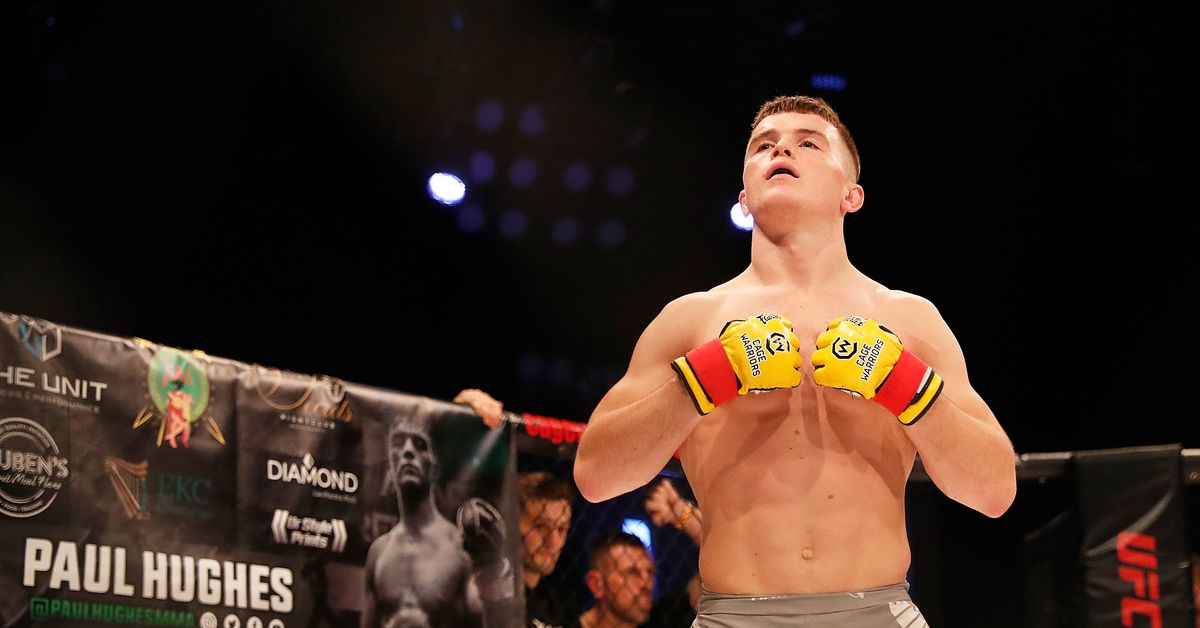 Undefeated Irish prospect Paul Hughes is set for his second outing under the Cage Warriors banner when he takes on French fighter, Youri Panada, at the promotion’s inaugural trip to Manchester on March 7th – an event which is set to be held at the BEC Arena.

MMA Fighting confirmed the 150-pound catchweight fight with Cage Warriors on Thursday. Hughes was initially scheduled to fight Antonio Sheldon on the night, but the English lightweight has been forced from the card due to an undisclosed injury.

Hughes (4-0-0) had one of the most talked about professional debuts in the country when he put on a striking showcase to stop Adam Gustab in the first-round when they clashed at BAMMA 28 in 2017. Although he was sidelined throughout 2018 due to injury, he had a resounding 2019, claiming three stoppage victories over the 12 months.

In his sole Cage Warriors outing to date, the unbeaten Irishman claimed a first-round submission win over Mateusz Makarowski via rear naked choke when they locked horns at Cage Warriors Unplugged 2 in September.

Panada (4-1-0) is set to make his Cage Warriors debut on the night having stepped up on short notice due to Sheldon’s withdrawal. The 30-year-old French fighter trains out of Team Baudrier and rides a two fight win streak into the contest. In his last outing, he scored a first-round submission win over debuting pro Bouali Skikem at Hard Fighting Championships 13. The bout took place in March 2018.

For all the latest European news, check out this week’s episode of Eurobash.