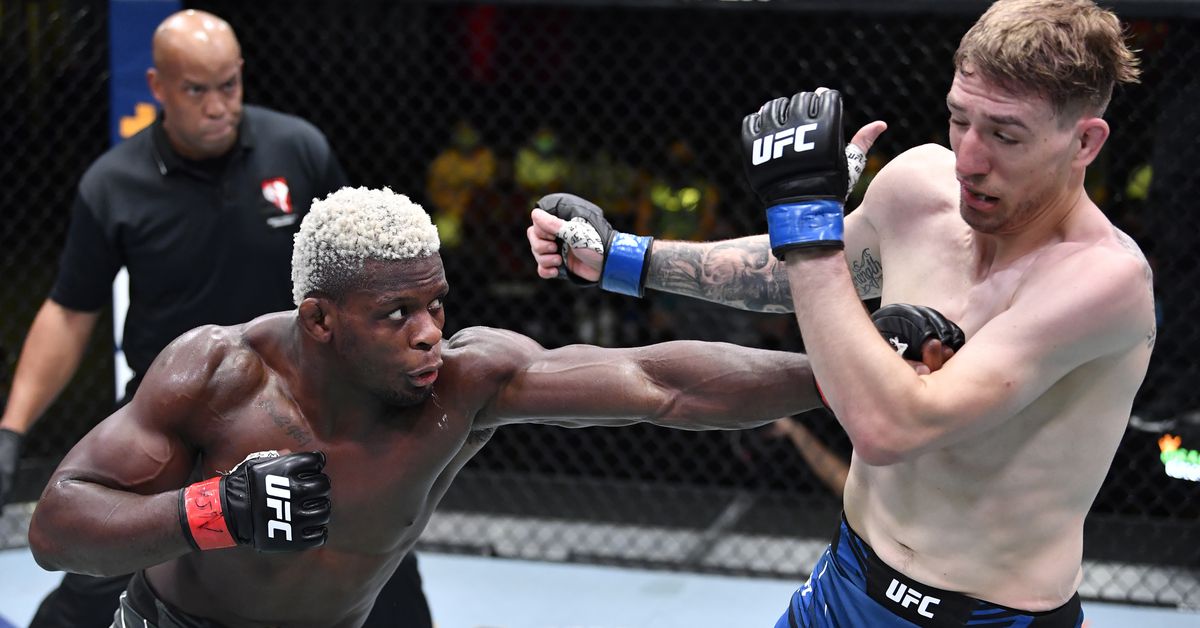 Phil Hawes and Chris Curtis are set to fight, just a bit later than expected.

MMA Fighting confirmed with sources with knowledge of the matchup that Hawes (11-2) will fight Curtis (26-8) in a middleweight bout at UFC 268 on Nov. 6 at Madison Square Garden in New York City. The two were briefly tied to a fight at UFC Vegas 39 this past weekend after Hawes lost originally scheduled opponent Deron Winn.

The new date for the bout was first reported by MMA DNA.

In a bizarre sequence of events, the UFC announced during the UFC Vegas 39 weigh-ins this past Friday that Curtis would be stepping in as a last-second replacement for Winn. As first reported by MMA Fighting, it turns out that Hawes never actually agreed to the bout and both fighters ended up not competing on Saturday despite Curtis successfully weighing in (Hawes did not show up to the official weigh-ins).

Now it appears that Hawes and Curtis will square off after all. Hawes is 3-0 in the UFC so far and seeks his seventh consecutive win, while Curtis makes a long-awaited UFC debut after competing professionally for the past 12 years including appearances for the PFL and Dana White’s Contender Series.

Mike Heck contributed to this report.