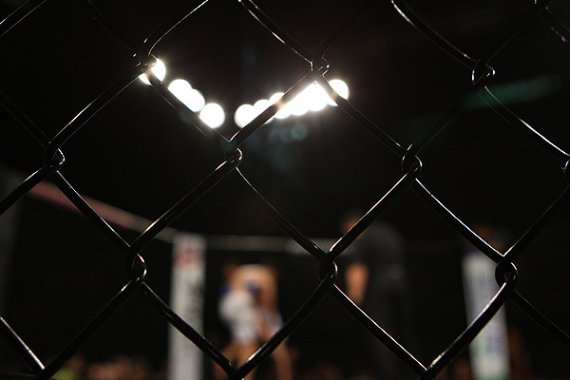 A physician with alleged ties to “the sponsorship of boxers, cagefighters and prominent Ultimate Fighting Championship world champions and hall of famers” has been charged for his role in a $120 million health care fraud and money laundering scheme.

Patino allegedly paid money to “falsely portray himself as a media personality and legitimate physician,” and he “laundered the healthcare fraud and kickback money by entering into sham contracts or employment relationships to pay others on his behalf to sponsor boxers, mixed martial artists and Ultimate Fighting Championship (UFC) combatants, including UFC world champions and hall of famers.” The names of the fighters Patino allegedly sponsored were not revealed.

Patino is alleged to have been the top prescriber of oxycodone in Michigan and is charged with the “unnecessary distribution” of more than 2.2 million dosage units of controlled substances and the administration of painful back injections that resulted in harm to his patients. He allegedly owned and operated numerous pain clinics and laboratories in Michigan, where he offered unnecessary prescriptions for various addictive opioids. Some of those opioids were resold on the street, according to the superseding indictment. Additionally, Patino is accused of ordering unnecessary urine tests in exchange for illegal kickbacks.

He is also accused of money laundering in connection with the creation of the “Patino Diet” plan, which Patino marketed as the “next Atkins diet.” Patino also paid for the publication of a book promoting the diet plan and spent hundreds of thousands of dollars to appear as a medical expert on a nationally syndicated TV show.

According to the statement, “the charges against Patino are related to a broader investigation into the Tri-County Network of pain clinics in Michigan and Ohio, which involves over $300 million in alleged Medicare fraud and the alleged distribution of over 6.6 million dosage units of controlled substances.  In connection with the investigation, 22 defendants, including 12 physicians, have previously pleaded guilty or been found guilty at trial.”

Patino is scheduled to go to trial before U.S. District Judge Denise Page Hood on April 7.