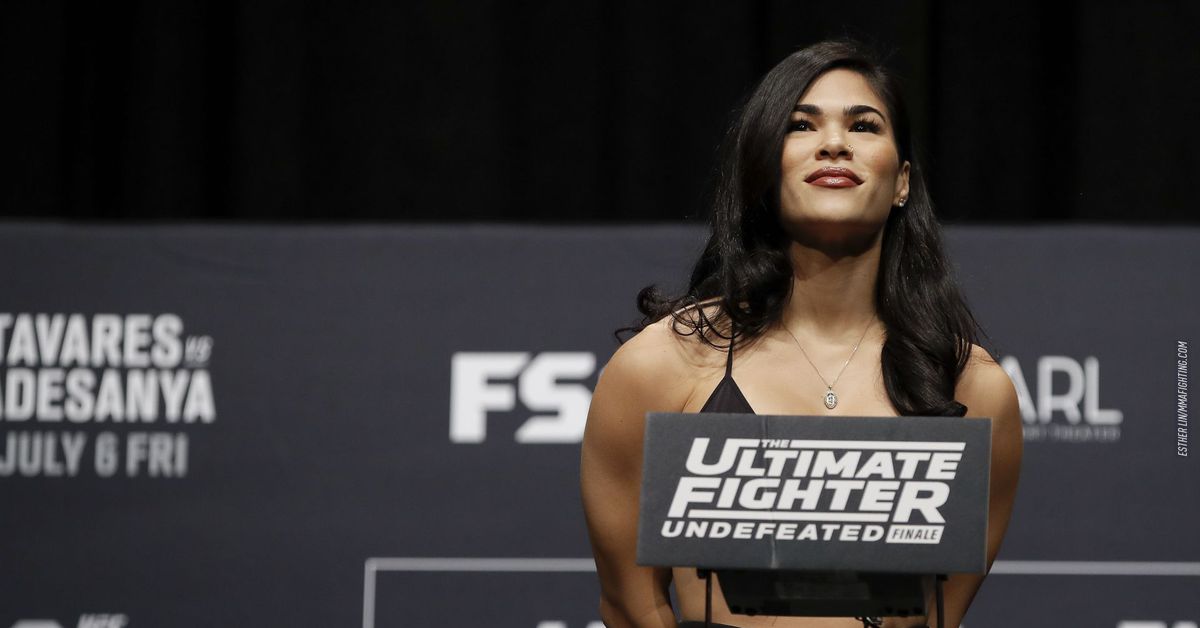 When Rachael Ostovich was released from the UFC, she wasn’t exactly certain what would come next, but bare-knuckle fighting wasn’t on the list.

After joining the UFC roster with just six fights of total experience, the now 30-year-old Hawaiian fighter was really learning on the job as she competed in the biggest mixed martial arts promotion in the world.

Over four fights with the organization, Ostovich posted a 1-3 record, but she holds no ill will towards the UFC for letting her go, nor is she going to make any excuses for the losses she suffered in the octagon.

“I’m here for the journey and this is part of my journey,” Ostovich told MMA Fighting. “I learned best on the job. I don’t regret anything. Everything happens for a reason and it makes me stronger.”

Following the end of her UFC career, Ostovich was weighing different options for her future — and that’s when she received an interesting offer to join the roster at Bare Knuckle Fighting Championships.

Since first launching in 2018, BKFC has become a major player across combat sports while promoting numerous events and signing a lot of high-profile talent to its roster. In addition to a much talked about past showdown between former boxing champion Paulie Malignaggi and UFC veteran Artem Lobov, BKFC also made a lot of headlines in 2020 after inking Paige VanZant to a lucrative contract after she hit the free agent market.

While she came up short in her debut back in February, VanZant has quickly become one of the faces of BKFC and the organization has started to beef up the women’s division, which led to Ostovich getting the call to see if she wanted try her hand at bare-knuckle fighting.

“It kind of just happened,” Ostovich explained. “I never thought I would be part of the Bare Knuckle Fighting Championship promotion. I really didn’t think I would ever do that, but they gave me Paige and I’ve been wanting that rematch, so I’ll take it however I can get it.”

Back in 2019, Ostovich fell to VanZant by submission in the second round in the UFC and the loss has stuck with her ever since.

With a chance to avenge that defeat along with BKFC providing athletes with proper financial compensation, Ostovich was more than happy to sign on the dotted line.

“I mean, I think it’s just what you said — the particular match and the deal,” Ostovich replied when asked what enticed her to join BKFC. “Money talks.”

With mixed martial arts as her primary focus since she turned pro back in 2014, Ostovich can’t say she ever imagined she’d be putting that sport behind her, taking off the gloves and throwing down in a bare-knuckle fight. But that’s exactly what she’ll do on July 23 at BKFC 19, which airs live on FITE TV and the BKFC app.

Ostovich fully understands that bare-knuckle fighting isn’t MMA or boxing but she’s certainly not scared to step to the center of the ring and throw hands with VanZant — or anybody else for that matter.

“Honestly, I wasn’t really interested in it,” Ostovich said about her initial reaction to fighting in bare-knuckle competition. “I was like, not for me. But I’m down. I’m actually excited to learn anything new. We’re not wearing gloves, that is pretty crazy, but how much worse could it be? We’re fighting with four-ounce gloves already [in MMA].

“I feel like as fighters, I don’t really focus on it. More just technique and training hard for this fight and coming out on top.”

Despite their first encounter taking place in MMA, Ostovich feels like she still learned a lot about VanZant that could play to her favor when the meet again on Friday.

In fact, Ostovich believes if not for a pre-existing injury that was plaguing her ahead of that fight, she could have gotten the better of VanZant on the feet without ever really needing to challenger on the ground, which is where her night ended.

“I did feel like I was the better striker in our last fight,” Ostovich said. “I went into that fight, I had a broken orbital going into that fight so I wasn’t trying to stand with her, so I kept taking her down. There was a lot of grappling there.

“When I looked back at my fight with her, I wish I could have stood up more. I am excited for this boxing match because it is just stand up.”

Ostovich is ready to do whatever it takes this time around to get the job done and if that includes a bloody war with VanZant then so be it.

Of course Ostovich knows because she’s done modeling in the past in addition to her fight career that there will inevitably be questions about the potential cuts and bruises she might receive while competing in bare-knuckle competition.

Her answer to those concerns are similar to the response Ostovich would likely give to anybody trying to inject themselves into personal decisions she’s making for herself.

“It’s funny because people always think they’re so entitled to your life and what you do with it,” Ostovich said. “If I really cared that much about my face, I wouldn’t even be in MMA. So we’re already 10 years too late.