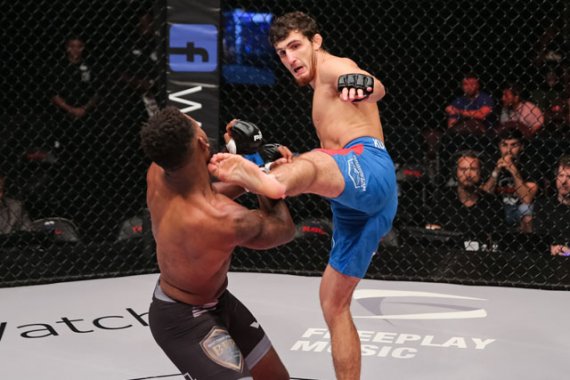 MMAjunkie.com was first to report the new welterweight booking.
UFC Fight Night 186 takes place at the UFC Apex in Las Vegas and is
headlined by a heavyweight tilt pitting Jairzinho
Rozenstruik against Ciryl Gane.
The card streams in its entirety on ESPN+. Brown withdrew from the
event for undisclosed reasons.

Kuramagomedov appeared on Season 3 of Dana White’s Contender
Series, earning a split decision win against Jordan
Williams in July 2019. The Dagestani fighter didn’t receive a
UFC contract at the time and has since posted back-to-back
submission wins. Kuramagomedov is 8-0 over the course of a
professional tenure that also includes stints in Professional
Fighters League and Absolute Championship Berkut.

Oliveira went 2-1 in 2020, taking a split verdict over Max Griffin
at UFC 248 and a unanimous decision against Peter
Sobotta at UFC on ESPN 14 before falling to Shavkat
Rakhmonov via first-round submission at UFC 254. The
33-year-old Brazilian is 11-7 with on one contest within the Las
Vegas-based promotion.