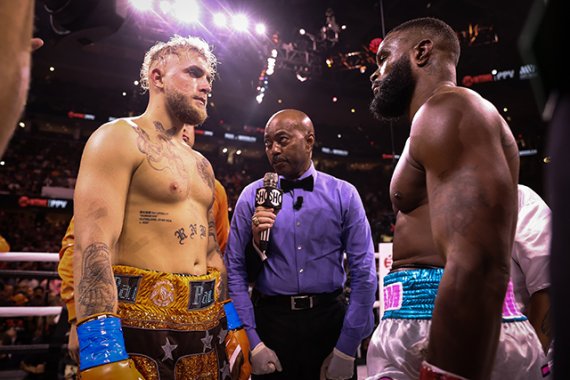 The boxing match pitting social media personality Jake Paul
against Tyron
Woodley proved to be a solid draw for Showtime on
pay-per-view.

According to a report from the Wrestling Observer, the card drew
approximately 500,000 pay-per-view buys. Digital sales via Showtime
have been tallied, but figures from other providers that offered
the fight have not been determined. Still, those totals are not
expected to alter the final numbers significantly.

Paul vs. Woodley took place on Aug. 29 at the Rocket Mortgage
FieldHouse in Cleveland, and saw Paul earn a split-decision triumph
in the evening’s main event. Paul improved to 4-0 as a professional
boxer in the victory, while Woodley dropped his pro debut.

Jake
Paul wasn’t able to outsell his brother, Logan Paul,
whose exhibition matchup with Floyd
Mayweather on June 6 sold nearly 1 million pay-per-view buys.
While Woodley pushed for a rematch in the immediately aftermath of
the bout, Paul has claimed to have moved on from that after the
former UFC champ failed to get an “I love Jake Paul”
tattoo as part of a pre-fight bet.