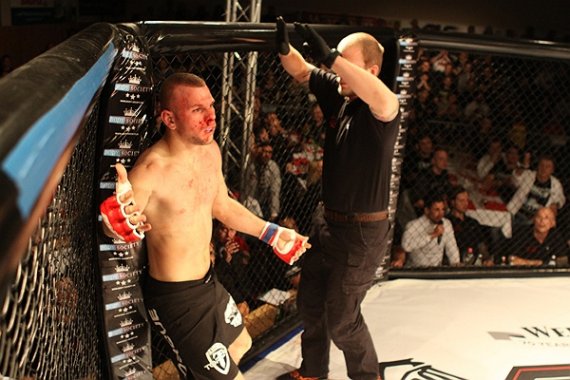 Two fighters are making their Octagon return after nearly a
two-year hiatus.

According to Brazil’s
Combate, Jessin
Ayari and Luigi
Vendramini will clash in the lightweight division on the
upcoming Oct. 3 UFC on ESPN 16 card.

Ayari (16-5) is looking to rebound after back-to-back defeats. His
latest Octagon appearance dates back to October 2018, when he
dropped a decision in front of Steven Ray at
UFC Fight Night 138. Prior, he also lost via decision to former
welterweight championship contender Darren Till.
So far, the only victory of “Abacus” under the UFC banner came when
he edged Jim
Wallhead in their UFC Fight Night 93 encounter back in
2016.

Vendramini (8-1) has yet to score his first UFC victory. “The
Italian Stallion” made his promotional debut when he stepped up to
face Elizeu
Zaleski dos Santos after Belal
Muhammad dropped out of their scheduled bout at UFC Fight Night
137. That night, Vendramini suffered a second-round TKO.

UFC on ESPN 16 will go down at the Flash Forum in Abu Dhabi on Oct.
3. Former bantamweight champion Holly Holm is
headlining the event against Irene
Aldana. The card should have also featured a light heavyweight
clash between Thiago
Santos and Glover
Teixeira, but the match was scratched after “Marreta”
allegedly tested positive for COVID-19.