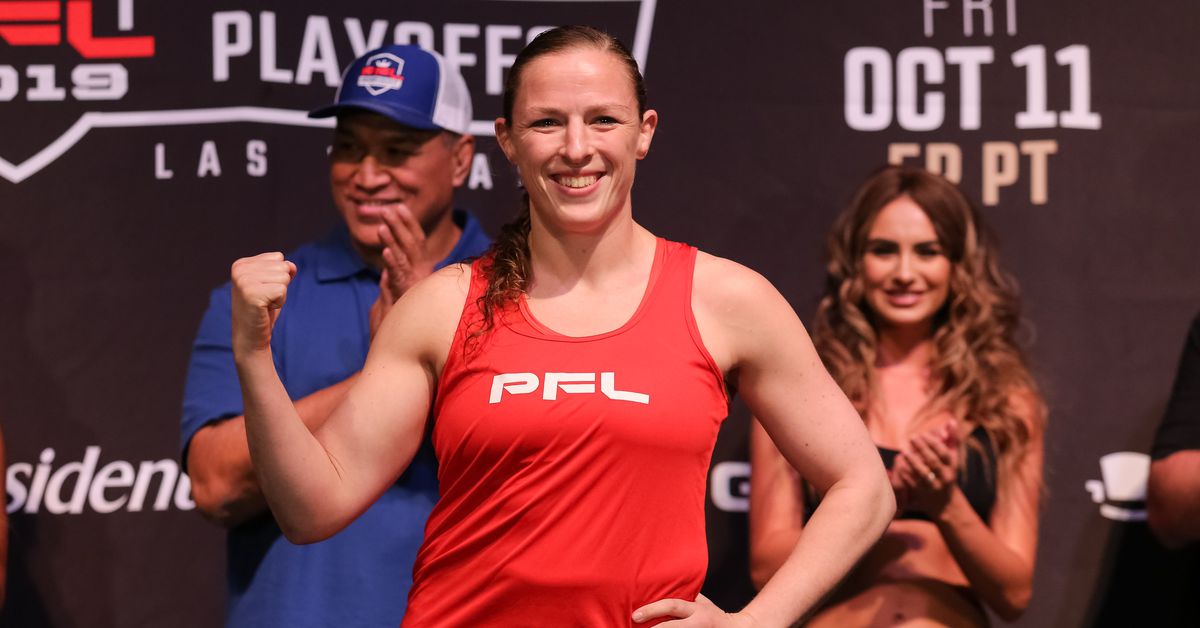 Sarah Kaufman is back.

The veteran bantamweight, who most recently competed in the PFL’s 2019 lightweight season, has signed with Canada’s BTC Fight Promotions to compete at their upcoming Nov. 20 event in St. Catharines, Ontario, the organization announced Monday.

This will be the first fight for Kaufman (21-5, 1 NC) since a unanimous decision loss to Larissa Pacheco in the PFL playoffs in October 2019. Kaufman fights recent Bellator competitor Jessy Miele (9-5) in a featherweight bout.

Kaufman is a former Strikeforce and Invicta FC bantamweight champion who also competed four times for the UFC, going 1-2 with one no-contest for the promotion. She has won four of her past five fights and three straight at 135 pounds including wins over current UFC fighters Pannie Kianzad and Jessica-Rose Clark.

Miele is coming off of a 1-2 stint with Bellator. After making a name for herself in the New England regional scene, Miele made her Bellator debut with a split nod over Talita Nogueira before dropping consecutive unanimous decisions to Julia Budd and Janay Harding.