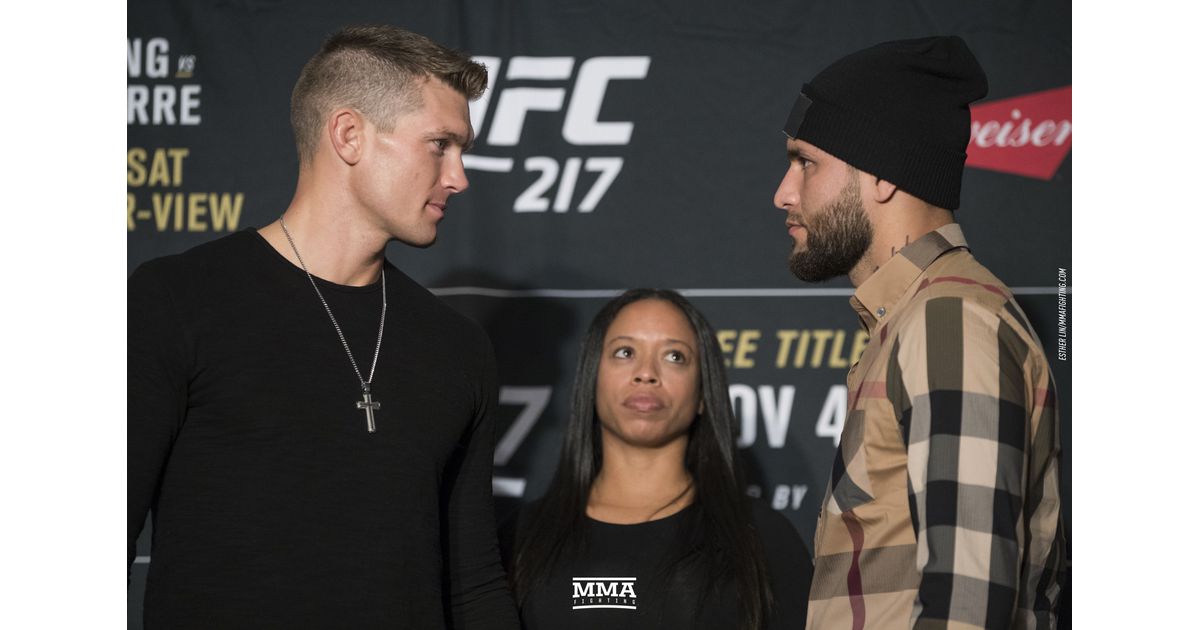 Stephen Thompson will certainly be watching this weekend’s welterweight title fight. In fact, he’ll be in Jacksonville, Fla., himself.

UFC 261 takes place this Saturday at the VyStar Veterans Memorial Arena and is headlined by the rematch between champion Kamaru Usman and Jorge Masvidal. Usman retained the title via unanimous decision in their first meeting on just six days’ notice at UFC 251 this past July.

Thompson is preparing for his own fight, as he is scheduled to face Gilbert Burns at UFC 263 on July 10. “Wonderboy” told MMA Fighting he will be in the Sunshine State on Saturday to corner his brother-in-law Chris Weidman in his middleweight main card bout against Uriah Hall.

When it comes to the main event, Thompson, who has already faced, defeated, and drawn an interest from Masvidal for a future rematch, admits he’s like to see the 170-pound division get shuffled up a bit with a victory by the challenger, but he doesn’t see it happening.

“I mean, on paper, yes [I’m picking Usman to win again],” Thompson told MMA Fighting while appearing on What the Heck. “Of course, there’s something in me where it would be cool to have something throw things around a little bit more, to make things more exciting. I think it would be cool if Masvidal wins, but I got Usman.”

Following his dominant decision win over Geoff Neal in the main event of UFC Vegas 17 in December, Thompson was hoping he would be next to challenge Usman for the title after his most recent title defense against Burns at UFC 258. The 38-year-old understands why the UFC went with the rematch with Masvidal and is certainly happy that he gets to stand in the blue corner for the first time in quite awhile against the higher ranked Burns this summer.

While Thompson is picking Usman to defeat Masvidal once more, he’s certainly not counting out “Gamebred,” whom he shared the cage with during a decision win at UFC 217.

“Masvidal stuffed [close to] 12 of Usman’s takedowns in the last fight, and I don’t think he started getting taken down until he got tired, and exhausted,” Thompson said. “He’s getting a full camp in now and you know he’s in great shape.

“A fired up Masvidal is nobody to be playing with. I’m excited [to watch it], he can pull anything off. Look what he’s done in the past with flying kneeing dudes, TKOs Nate Diaz, knocked out Darren Till. The dude’s an animal and you can’t call him off.”