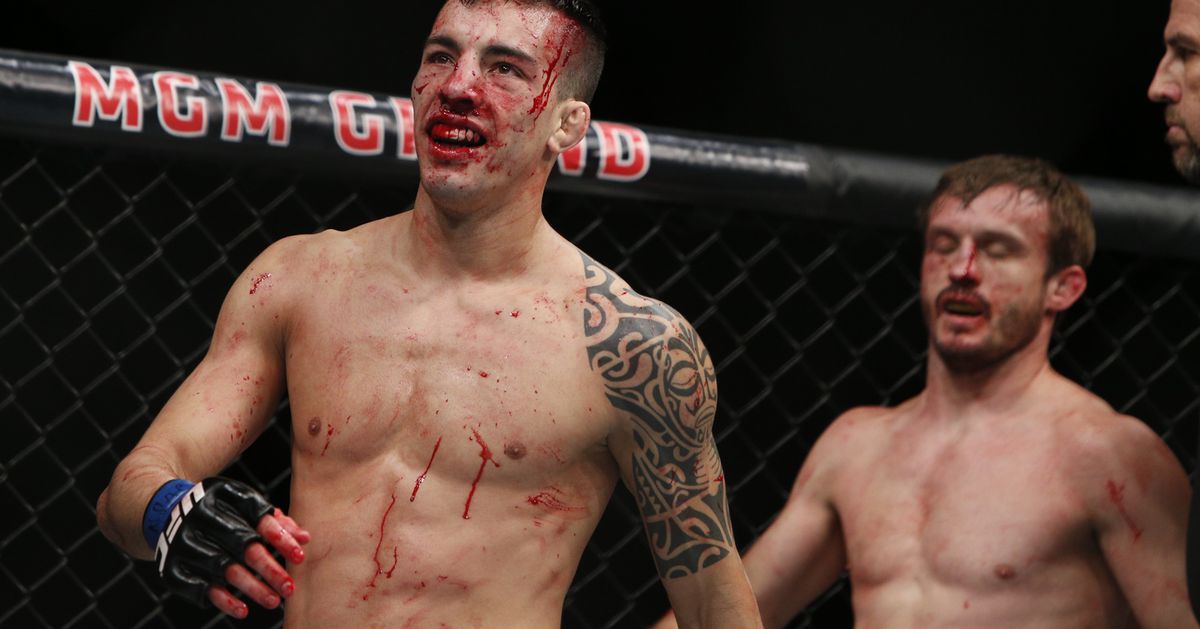 The world was different when Thomas Almeida made his most recent walk to the octagon, a loss to Rob Font in January 2018. The Chute Boxe talent finally returns to action Saturday night, taking on Jonathan Martinez in Abu Dhabi, and it could be the start of a new life for the Brazilian.

Almeida was originally set to face fellow bantamweight Alejandro Perez at UFC Fight Island 6, but the bout fell through when his opponent tested positive for COVID-19. Almeida, who had already agreed on meeting him at 145 pounds moments before the match got cancelled, was then paired-up with fellow 135-pounder Martinez at featherweight.

“Thominhas” never had the easiest weight cut to bantamweight, and now admits he’s considered the possibility of calling featherweight home depending on how things go against Martinez.

“I’m gonna be honest with you, I never really thought about it,” Almeida said in an interview with MMA Fighting. “Bantamweight has always been my weight class and making 135 is not easy, but I don’t know. Never say never. Let’s see how the performance goes, let’s see how my weight recovery goes. I can only say something more concrete after I live the whole experience, but it’s definitely better not suffering or going through that severe dehydration in the end. It’s a stacked division, a lot of tall guys, so everything counts.”

Almeida didn’t have much time to adapt from Perez to Martinez but says his plan is to be “intelligent, don’t expose myself, and make sure to unleash my game on the right time — and impose my pressure, my aggressiveness, and my game.”

The Chute Boxe product became one of the hottest prospects in the UFC after winning four in a row in the octagon, boosting his MMA record to 21-0 with 20 knockouts, but has stumbled since 2016, losing to Cody Garbrandt, Jimmie Rivera and Font. His most recent victory was a second-round knockout over Albert Morales four years ago. That said, putting extra pressure on himself was not in his plans.

Almeida says he’s more patient now after working on the mental aspect of the game. He has consulted with therapists in the past but did not go through with it since “I’m the one who has to deal with this.”

“I’m very cool about it,” he said. “I did a good job on this mental side, having more patience, being calm, enjoying the process, living a day at a time. I’m super happy, enjoying the whole structure on the Fight Island, envisioning every step of the way. I’m enjoying the process, and that’s what matters the most. I’ve waited for so long that I’ve learned to be patient. I’ll just put everything in practice now. The great moment has arrived and I’m happy. I’m not anxious, I’m just living the moment.”

Almeida won’t waste time thinking about UFC rankings and opportunities that the future might hold, he said, nor consider the expectations that others may have for him.

“I have nothing to prove to anyone, it’s about myself,” Almeida said. “I know I’m a winner, I’m someone that works hard and is focused. I just want to perform the best way possible and be the best Thomas Almeida. Things flow when I get in there with this mindset. No anxiety. I don’t have to prove anything to anyone. Just be the best Thomas and put in practice everything I’ve worked on.”

“I’m ready for anything wherever the fight goes,” he said when asked how “the best Thomas Almeida” gets the job done Saturday night, “but I think my fans have waited so long for this moment, and they like to watch knockouts. I’m an aggressive fighter, I have Chute Boxe running through my veins, and I’ll always go for the knockout. That’s what I promise.”