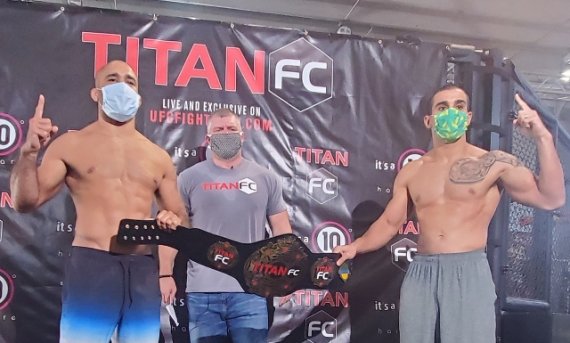 Titan Fighting Championship will be making its return on Friday with its 60th numbered event, and all fighters have made weight.

Titan FC 60 was originally slated to take place on April 29, but was postponed to May 29 due to the coronavirus pandemic. Headlining the event is a three-round combat grappling championship match at welterweight between Gesias Cavalcante (170.6) and Raush Manfio (170.6). Additionally, five MMA bouts comprise the main card, and receiving top billing for those fights is a welterweight scrap between Rami Hamed (171) and Frank Carrillo (170.6).

Hamed (8-3-1, 1 NC) will look to rebound after being submitted by Issa Isakov in December. Prior to the defeat, he had picked up wins against Gadzhimusa Gaziev and John Robinson. On the other side, this will be Carrillo’s (10-6) first appearance since 2016, when he was knocked out by Mike Perry.