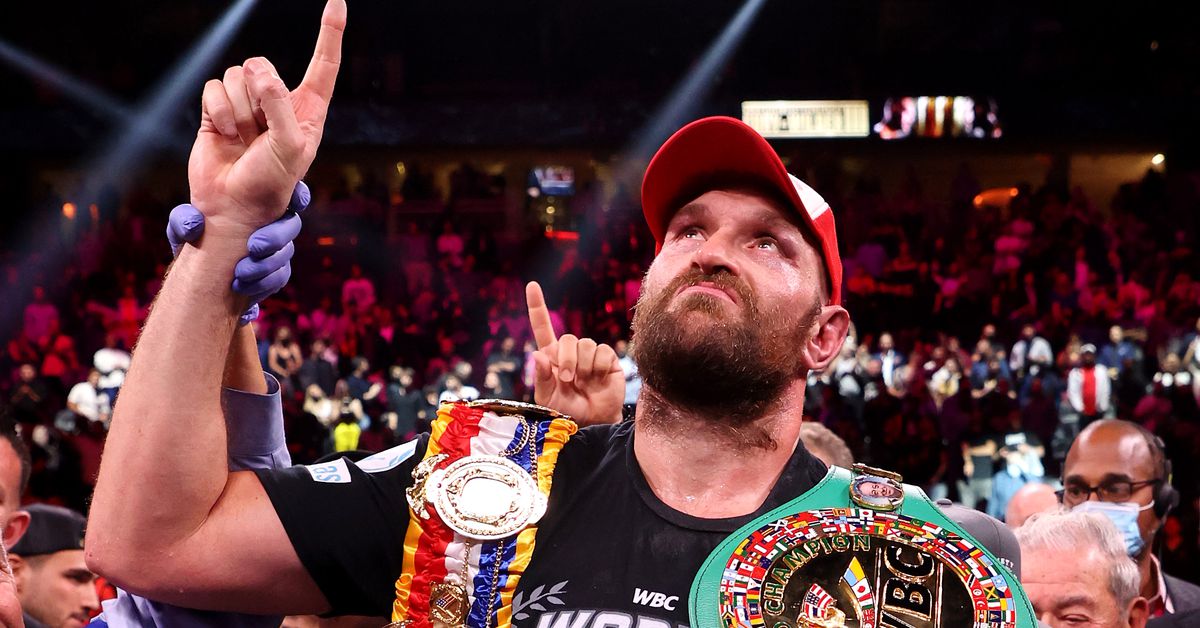 Tyson Fury’s fight could be against another undefeated heavyweight champion.

“The Gypsy King” improved to 31-0-1 on Saturday after winning a thrilling trilogy bout against Deontay Wilder with an 11th-round knockout. Afterward, Fury was non-committal on next opponent, but his father John has declared their preference for Tyson’s next fight is against Oleksandr Usyk – not WBC interim champion Dillian Whyte.

“He’s gotta go for Usyk or nothing is my idea,” John told talkSPORT. “It’s Usyk next or nothing. I wouldn’t bother with the rest of ‘em… they’re not in Tyson’s class.”

“Would Dillian Whyte deal with Deontay Wilder? No,” he added. “So why do you want to put him in there with my son and get him knocked out?”

Whyte has long campaigned for a bout with Fury, missing out on the opportunity last year when he lost the WBC interim title via knockout to Alexander Povetkin. The two rematched this past March with Whyte avenging the loss via fourth-round TKO.

Whyte is currently set to defend the interim belt against Otto Wallin on Oct. 30.

The recent stumble against Povetkin is enough of a sign for John to believe that Fury can pass on fighting Whyte in the near future.

“At the end of it, [Whyte] just got knocked out by a 42-year-old [Povetkin],” John said. “Tyson can’t get up for them kind of fights. He wouldn’t be able to raise his game for that fight, it’s not big enough.

Usyk, an Olympic gold medalist for Ukraine in 2012, is 19-0 as a pro. His victory over Joshua derailed a marquee matchup between Fury and Joshua that would certainly have been negotiated had Usyk lost.

At his post-fight press conference, Fury said he’s going to focus on taking a break before making a decision on what’s next after back-to-back high-profile bouts against Wilder. It’s a decision John not only encourages, but recommends.

“To be honest with you, I’ve not spoken about the future in boxing for Tyson, I just want him to rest as he needs a good rest from the boxing world,” John said. “He doesn’t want to talk about anything about boxing and I told him to do that, to just take your mind off everything, you’ve done your job, you’ve provided, you’ve served up a thriller, have yourself a well-timed break.

“Just stop with your family, be a father for a bit, and have a look at it in a few month’s time. So whoever’s out there and it’s lucrative stuff, he’ll go for it, you know he will.”