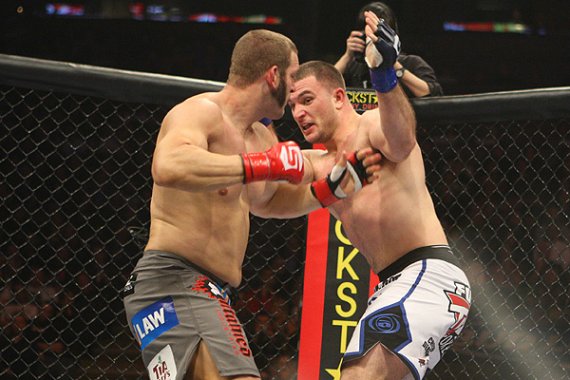 Gian Villante will return to the heavyweight division for the first time since 2011 when he locks horns with Ben Rothwell at UFC 249.

Newsday first reported the bout. UFC 249 takes place at the Barclays Center in Brooklyn, N.Y., on April 18 and is headlined by a lightweight championship bout between Khabib Nurmagomedov and Tony Ferguson.

Villante hasn’t fought at heavyweight since his Strikeforce debut on Feb. 12, 2011, when he lost to Chad Griggs via first-round technical knockout. The 34-year-old New Yorker was also a heavyweight and light heavyweight champion in Ring of Combat earlier in his career. Villante is coming off a first-round TKO loss to Michal Oleksiejczuk at UFC Fight Night 145 in February 2019.

Rothwell, meanwhile, ended a three-bout skid with a foul-marred second-round TKO of Stefan Struve at UFC on ESPN 7 on Dec. 7. Rothwell’s Octagon tenure dates back to 2009 and includes wins over the likes of Alistair Overeem, Josh Barnett, Matt Mitrione and Brandon Vera.