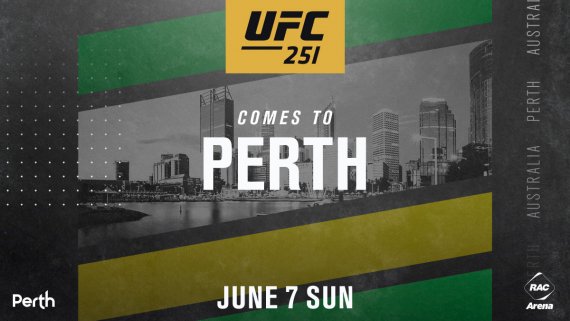 Valentina Shevchenko has a location and venue for her next UFC flyweight title defense.

The Las Vegas-based promotion announced Monday that UFC 251 will take place at RAC Arena in Perth on June 7. While the card will take place in Western Australia’s capital city on a Sunday, it will air in the United States via pay-per-view on Saturday, June 6.

The UFC also officially confirmed a previously reported 125-pound championship clash between Shevchenko and Joanne Calderwood. No other bouts have been announced for the event.

The Octagon initially touched down in Perth for UFC 221 in February 2018, when Yoel Romero knocked out Luke Rockhold in the third round of the evening’s main event. That card also marked the promotional debut of current middleweight champion Israel Adesanya, while reigning featherweight king Alexander Volkanovski made his fourth UFC appearance.

Formerly known as Perth Arena, RAC Arena can hold as many as 15,000 spectators and has been known to host basketball, tennis and concerts as well as MMA.

@BulletValentina puts the gold on the line in our first confirmed bout at #UFC251 https://t.co/zdYvdmWAuj pic.twitter.com/xBw3iUc2vL