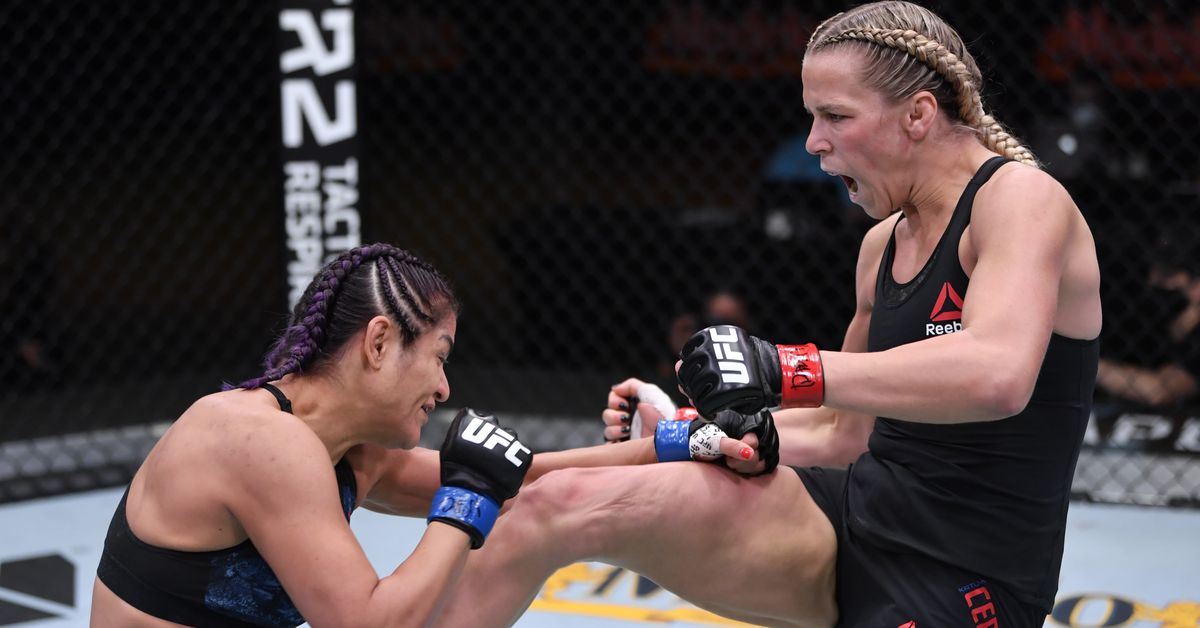 Six weeks after suffering a devastating loss, Katlyn Chookagian returned and knocked off a potential title contender at UFC 255.

The No. 2 ranked flyweight stuck to the basics with fast footwork and very busy hands to get the better of Cynthia Calvillo in nearly every exchange they had on the feet. The strikes landed just continued to accumulate over three rounds as Chookagian cruised to a unanimous decision with all three judges giving her 30-27 scores across the board.

“It feels amazing,” Chookagian said afterwards. “The best way to get over a loss is to get a win. Everything worked out good. It was a perfect fight. Keep putting me as a 2-to-1 underdog and I’ll keep winning.”

With a long reach at her disposal, Chookagian was determined to keep Calvillo at the end of her punches while throwing with her typical high output offense on the feet. While Calvillo managed an early takedown, Chookagian was quick to get up from the ground to keep the fight in her world on the feet.

It appeared that Calvillo was struggling to close the distance but she did dive forward a few times to connect with some stiff punches. The problem was Chookagian was so busy that it was difficult to deal with the way she was constantly pumping out her lead jab and then following with another shot behind it.

Chookagian didn’t face any kind of real deterrent to prevent her from pushing that same pace throughout all three rounds while Calvillo was starting to get a little more desperate as time was beginning to run out. As fight was nearing the end, Chookagian was still throwing punches in bunches with Calvillo still unable to solve that puzzle after 15 minutes.

The win puts Chookagian back on track after she suffered a disappointing loss to Jessica Andrade in her last outing. The fight also pumps the brakes a potential title contender in Calvillo, who made waves in her flyweight debut against Jessica Eye but then fell short to Chookagian on Saturday night.