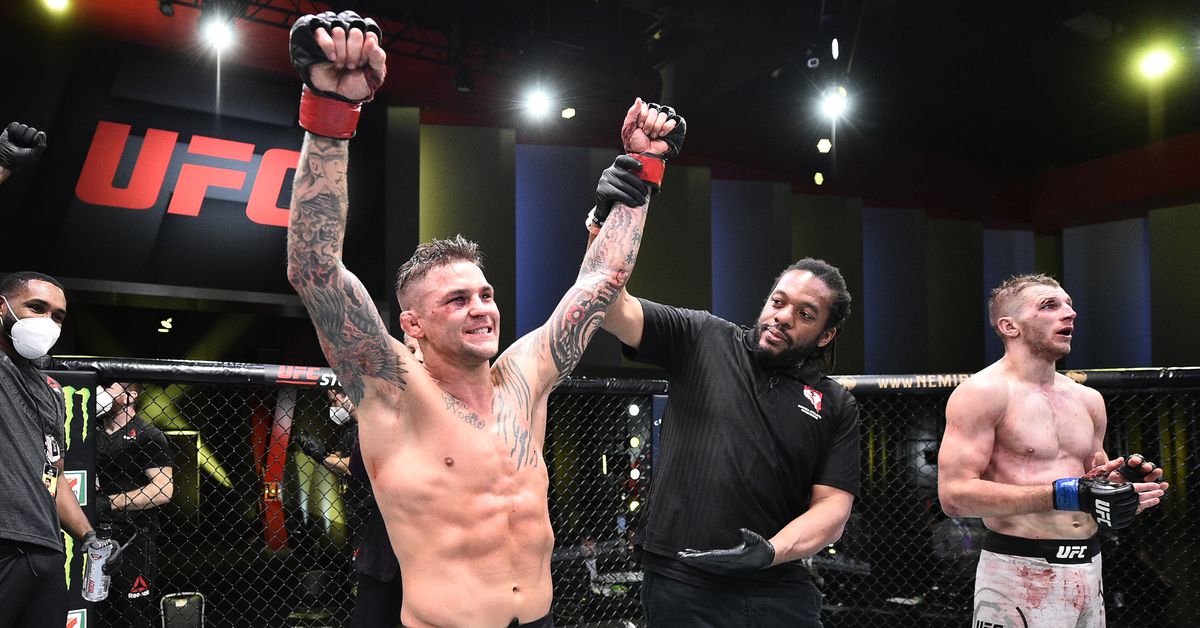 The main event war between Dustin Poirier and Dan Hooker helped UFC on ESPN 12 lead all ratings for programming on cable this past Saturday night.

According to the Nielsen Ratings System, the UFC on ESPN 12 main card averaged 1.070 million viewers over the course of the broadcast along with a .43 rating in the coveted 18-49 demographic.

That was more than enough for the UFC card to land at No. 1 on cable on Saturday night with nearly double the ratings in the 18-49 demographic as the next closest competitor.

Funny enough, the second-highest rated program on Saturday was the UFC on ESPN 12 prelims, which averaged 635,000 viewers over the two-hour broadcast from 8 p.m. to 10 p.m. That portion of the card averaged a .24 rating in the 18-49 demographic.

UFC on ESPN 12 is now No. 5 overall for dedicated cards on ESPN with the first show featuring Francis Ngannou vs. Cain Velasquez in the main event at the top with that event averaging 1.463 million viewers.

The UFC has enjoyed solid ratings across the board since returning to action in May. All of the recent cards on ESPN have landed in the top 10 rankings for Saturday cable ratings with the prelims also returning better than average ratings as well.

The next closest sports program to land in the ratings on Saturday was Top Rank Boxing, which followed the UFC card on ESPN. That show actually averaged 418,000 viewers but had just a .17 rating in the 18-49 demographic.

It must also be noted that UFC on ESPN 12 was simulcast on ESPN+, which is a subscription based service and those viewers are not counted in the final ratings.

The next UFC card is expected to receive plenty of attention as well as the promotion officially debuts “Fight Island” with UFC 251 on July 11 with the prelims expected to air on the ESPN family of networks.