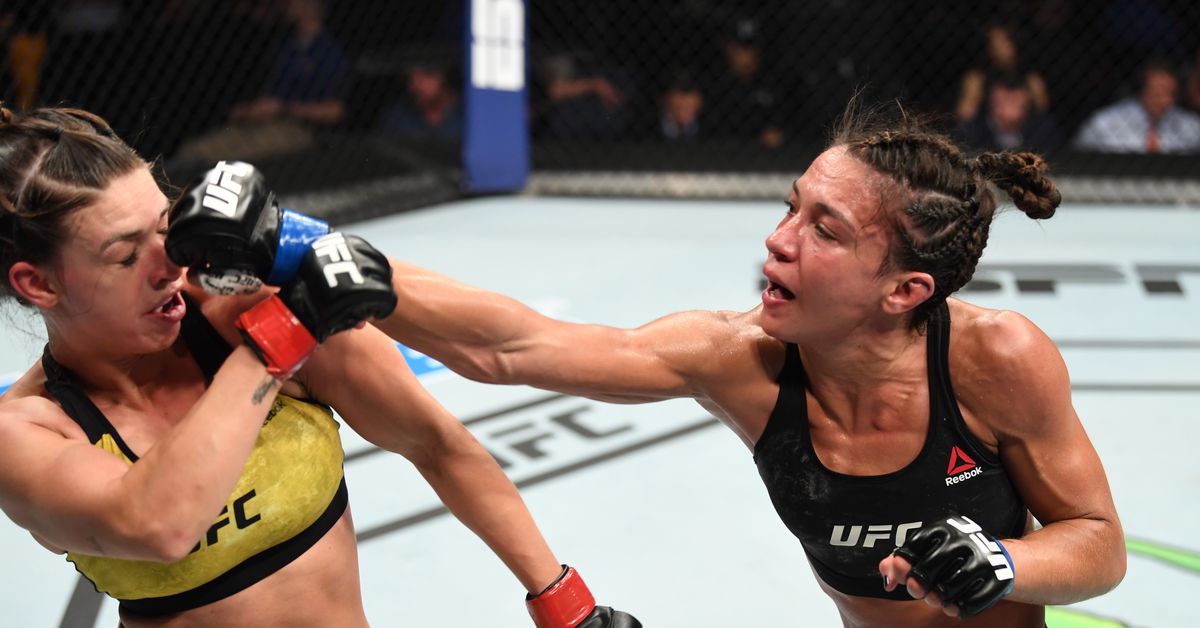 Amanda Ribas wasn’t the most talked about prospect heading into her fight on Saturday night but after a lopsided performance against Mackenzie Dern, she will have a lot of new fans come Sunday.

The 26-year old Brazilian put on a striking clinic while forcing Dern to fight her on the feet for almost the entirety of all three rounds. When it was done, Ribas earned a unanimous decision victory with all three judges returning scores of 30-27 in her favor.

While Dern was throwing with power behind every punch, Ribas was much more measured, which allowed her to connect with better accuracy throughout the opening round. Ribas tagged Dern with several stiff shots coming straight down the middle as she avoided the big looping punches from her opponent.

Ribas continued to pepper Dern in nearly every exchange including a damaging shot that saw the multi-time grappling champion’s head snap back before the fighters hit the ground. While Dern attempted to look for a submission off her back, Ribas was smart to stay out of any real trouble as she continued to work from top control until the round ended.

Dern tried to alter her game plan in the second round as she attempted several takedowns but Ribas was quick to react, stuffing her at every turn. In response, Ribas was lightning fast with her striking combinations, constantly connecting with a snap behind her punches and Dern struggling to get out of the way.

As time ticked away into the third round, Ribas was settling into a rhythm and she even managed to punish Dern during the few moments when they got locked into a brief scramble on the ground.

Over the course of 15 minutes, Ribas was just too quick and too accurate while feeding Dern a steady diet of jabs and straight punches that allowed her to earn the dominant decision victory.

Ribas is now 2-0 in the UFC while picking up the biggest win of her young career with a strong showing against a highly touted prospect in Dern, who falls for the first time after returning to action following the birth of her daughter earlier this year.