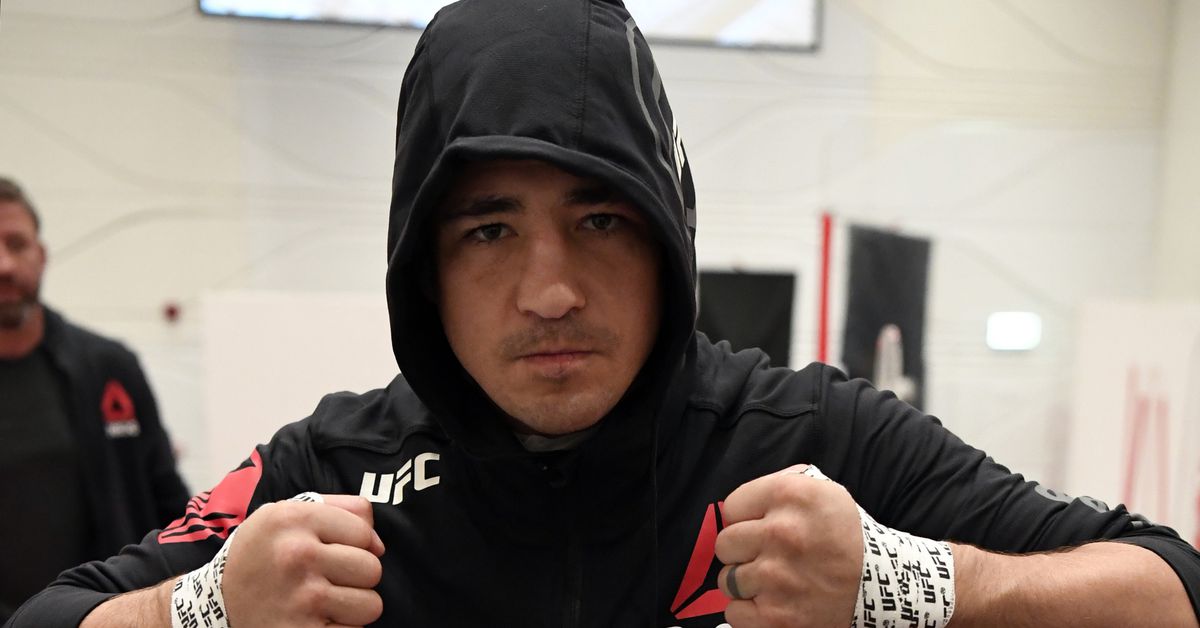 Former UFC welterweight and The Ultimate Fighter 1 winner Diego Sanchez fears his promoter of 16 years could have him killed for speaking out against its business practices.

In an emotional interview on Tuesday with MMA Today on SiriusXM’s Fight Nation, Sanchez accused the UFC of conspiring against him and his longtime coach Josh Fabia, talking almost uninterrupted for more than 40 minutes until hosts R.J. Clifford and Anthony Smith were forced to end the segment.

“I’m going to tell you guys frankly right now, I’m fearful for my motherf*cking life,” Sanchez said. “I’m fearful that this company, this billion-dollar company monopoly, worldwide, is going to come after me. Something might happen to me in two years. Maybe in a couple years. Maybe I wreck my truck. Maybe I, ‘Oh, Diego overdosed, some suicide sh*t.’ I don’t know. But I would not put anything past the level of evil that is within this corporation.”

Sanchez said the UFC is controlled by a “Wizard of Oz” that controls the media narratives surrounding the promotion and manipulates social media through bots and fake followers on Instagram. In he and Fabia’s case, he claimed, the promotion would only allow negative comments and block positive ones.

By exposing that, Sanchez said, he was at risk.

“If I was to expose some of the stuff that I know about, because I’ve been in this motherf*cker longer than than anybody else, and been the only one that survived the b*tch, that went through the dark tunnel and came out the other side.”

Sanchez, 39, was released from contract by the UFC one week ago after he refused via his attorney to certify he wasn’t suffering any short- or long-term medical issues, particularly regarding his neurological health. The release came several weeks after a confrontation between Fabia and UFC executive Hunter Campbell, who expressed concerns about Sanchez’s health after Fabia requested all of his medical records from his UFC career.

Sanchez, who was scheduled to appear at UFC Vegas 26 in a retirement fight against former teammate Donald Cerrone, said he didn’t believe Campbell was concerned for his health and cited the story of former UFC lightweight Spencer Fisher, who went public with his struggles with brain trauma after the promotion stopped responding to his requests for assistance.

Part of Sanchez’s training camp, he said, was a one-week stay with the Fisher family to “serve him and help his family.” He also planned to have Fisher corner him for the fight against Cerrone.

“To give this man a moment, because he never had a moment of closure, and now he’s struggling with dementia,” Sanchez said. “I was going to do this for him out of love for him, out of love for the other fighters. And this is all me and Joshua have been doing. We’ve been fighting for the fighters. Now, my fight is with the UFC.”

Smith and Clifford tried to reason with Sanchez, arguing that much of the controversy surrounding him was due to the demeanor of his coach, who was shown on camera confronting UFC commentators about how Sanchez was portrayed as a fighter during fights.

“If everything went perfect, what was the end goal there?” Smith said of the confrontation. “Because what I saw was a sad, hurt, Diego, which I think is what they saw. Like, oh sh*t, I guess we didn’t realize how that was coming off to Diego. But I guess on the flip side, they felt attacked. They went from being, maybe we hurt Diego’s feelings, to Joshua coming at them a bit, and that sadness or that caring turned to, well go f*ck yourself, because now you’re coming at me.”

Sanchez also revealed he and Fabia have been recording every interaction with the UFC for the past two years in an effort to build “insurance” in case their reputations were slandered.

Now, he said, he and his coach were fighting back.

“All you people don’t get it,” Sanchez said. “And I’m going to say this. Dana, what’s up Dana? I tried for two years to get a meeting with you. Oh, sh*t, I was the first Ultimate Fighter. Didn’t that show do something for the company when it was $60 million in debt. … And you can’t meet with your boy? … I’ve put 60, 70 hours in the UFC PI just to try to get a meeting with you Dana, but you won’t meet with me, because you won’t hear what I have to say? You don’t want to talk with my batsh*t crazy manager? Why, because he might bring some awareness to what you’re hiding in the dark?

“I’m still open to meet with you Dana. Be a f*cking man. Be a real f*cking boss, when I’ve bled, I’ve sweat, I’ve f*cking cried for this f*cking company. I’ve sacrificed more than you will ever know, and you can’t have 45 minutes?”

Check out the full interview below.