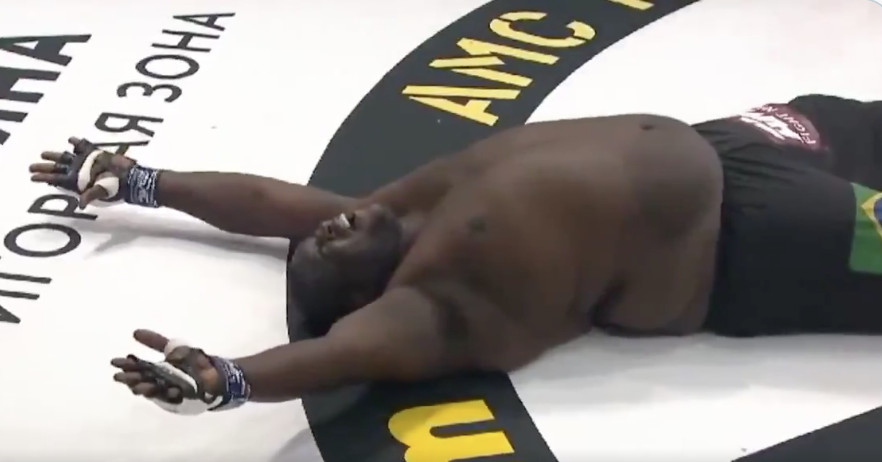 There’s the old cliche, “Don’t count your chickens before they hatch.” Sometimes, that advice rings true in the wild sport of mixed martial arts.

On Tuesday at AMC Fight Nights, Zuluzinho, a 350-pound Brazilian fighter, took on unbeaten heavyweight Yusup Shuaev. Outweighing his opponent by nearly 100 pounds, the 42-year-old Zuluzinho dropped his opponent at the end of the opening round and lands a barrage of ground strikes until the referee steps in. What a flurry it was for “Little Zulu” as he was celebrating what would’ve been his fourth consecutive victory.

The only problem is, the referee stepped in to signify the end of the round.

The fight would continue for another two rounds which saw Shuaev stick and (mostly) move for the remainder of the fight. In the end, the strategy paid off in the eyes of the judges as Shuaev was awarded a majority decision to remain undefeated.

Zuluzinho’s winning streak comes to an end as he suffers his first loss since June 2018. To give the fans what they wanted, Zuluzinho still received a post-fight interview.

Zuluzinho has competed for organizations such as Pride, Cage Warriors, Bodog Fight and K-1 Dynamite throughout his nearly 17-year MMA career.