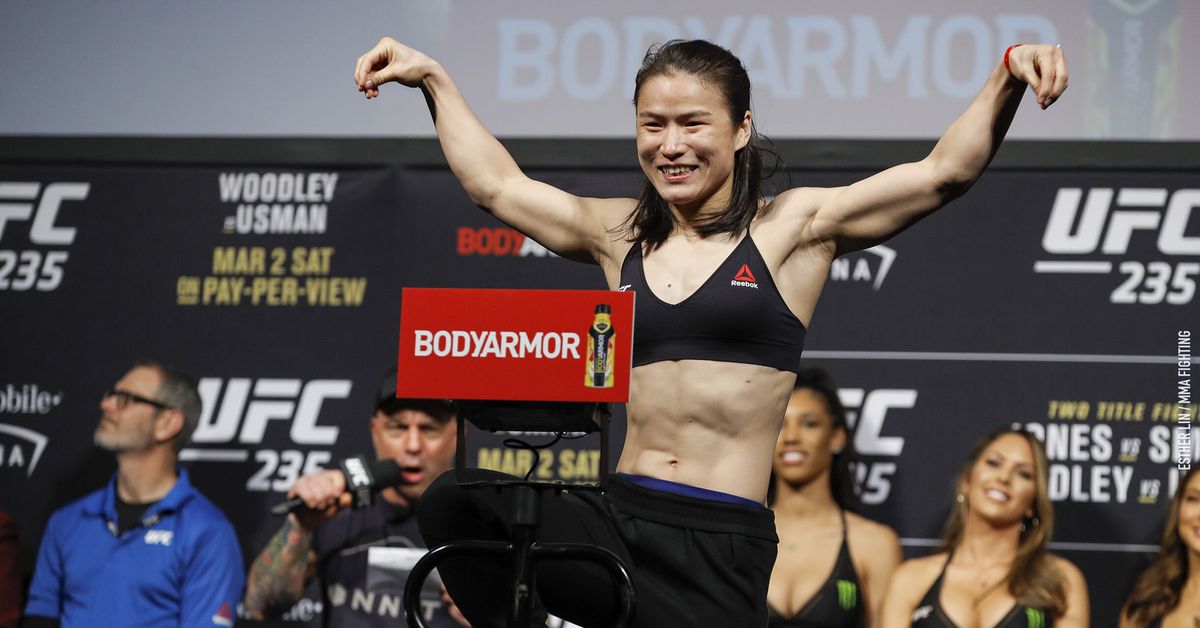 It appears Weili Zhang has her first title defense scheduled, and she’ll be going up against the longest reigning champion in strawweight history.

Coming off a win over Jessica Andrade to claim the 115-pound belt in August, Weili is expected to meet Joanna Jedrzejczyk in a featured title fight at UFC 248 on March 7.

Multiple sources confirmed to MMA Fighting that verbal agreements are in place for the fight with contracts expected to be issued at any time. The date of the card is March 7, although no location or venue has been confirmed at this time.

The UFC has not made any official announcements regarding the card yet.

Zhang was just three fights into her UFC career before she was granted a title shot against Andrade in her home country of China back in August. She made the most of the opportunity with a stunning first-round knockout against the Brazilian to claim the title while becoming the first Chinese champion in UFC history.

Now she will look to defend her belt against Jedrzejczyk, who is coming off a lopsided win over Michelle Waterson in her last outing.

Jedrzejczyk has won her past two fights at strawweight with her only loss in her past three fights coming in a flyweight title bout against reigning champion Valentina Shevchenko in December 2018.

Following her win over Waterson in October, Jedrzejczyk appeared to be the No. 1 contender in the division and now she will get her chance to reclaim the strawweight title after previously holding and defending the belt on five occasions.