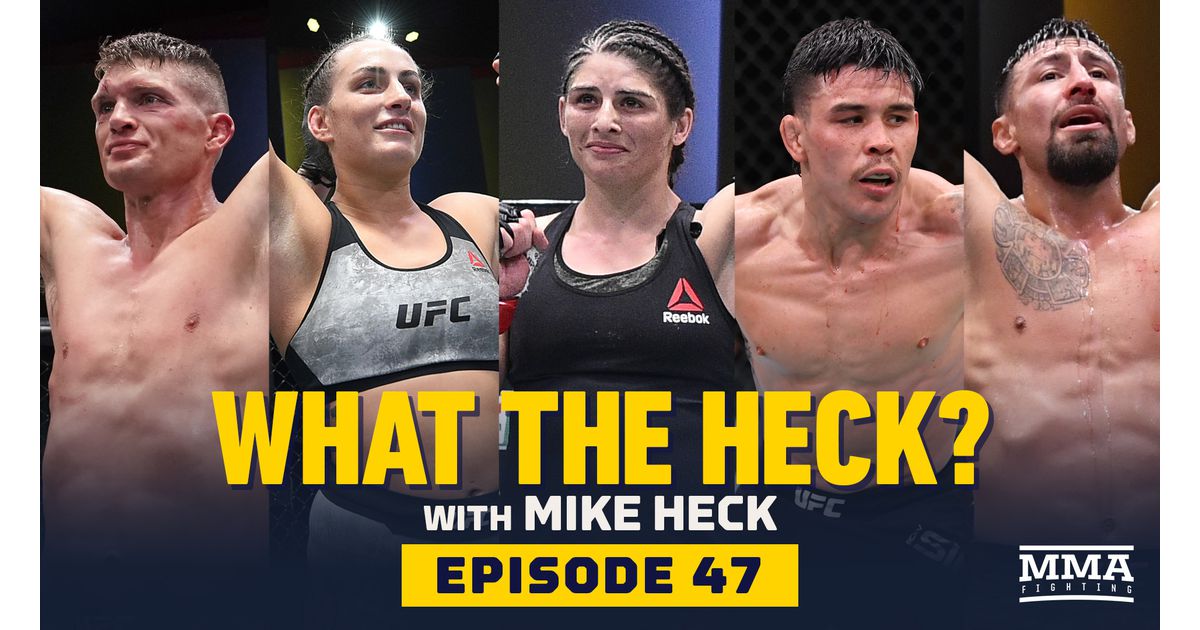 On this week’s episode of What the Heck, MMA Fighting’s Mike Heck speaks with No. 5 ranked UFC welterweight Stephen Thompson (4:41) as he states his case for the next title shot against Kamaru Usman, gives his thoughts on Usman’s recent title defense and callout of Jorge Masvidal, comparisons between Usman and Georges St-Pierre, and what he would like if a title fight doesn’t come to fruition.

UFC flyweight Casey O’Neill (31:48) recaps her second-round TKO victory against Shana Dobson in her octagon debut this past Saturday at UFC Vegas 19, talks the road to get to the UFC, making the walk sooner than expected after the Chas Skelly vs. Jamall Emmers fight was scratched last minute, why she wasn’t overly thrilled with her performance, when she’d like to fight again, her reaction to not getting a bonus, and teammate Julian Erosa’s victory over Nate Landwehr.

UFC bantamweight Ricky Simon (55:32) discusses his unanimous decision win over Brian Kelleher at UFC 258, his happiness that the fight is finally behind him, wanting a top-15 opponent, hoping a fight with Frankie Edgar could happen sooner rather than later, explains why he believes a fight with Sean O’Malley would never happen, and issues an open challenge for a tag team grappling match at the next Submission Underground event.

UFC 135er Julia Avila (1:17:35) talks her upcoming fight with Juija Stoliarenko on March 20, what she took away from her loss against Sijara Eubanks in September, the injury she has had to overcome since the fight, her reaction to the matchup with Stoliarenko—especially being a big fan of her Fight of the Year contender against Lisa Verzosa this past March for Invicta—expecting a bloody finish, and goals for 2021.

Finally, Chris Gutierrez (1:39:51) recaps his unanimous decision win over Andre Ewell at UFC 258, being at the forefront of the leg kick movement in the sport of mixed martial arts, whether or not he believes he is one of the underrated fighters in the bantamweight division, where his custody battle currently stands with his son, and his thoughts on the upcoming title fight between Petr Yan and Aljamain Sterling.

Check out the video above, or the audio-only podcast can be found below, on Apple Podcasts, Google Podcasts, Spotify, iHeartRadio, and Stitcher.