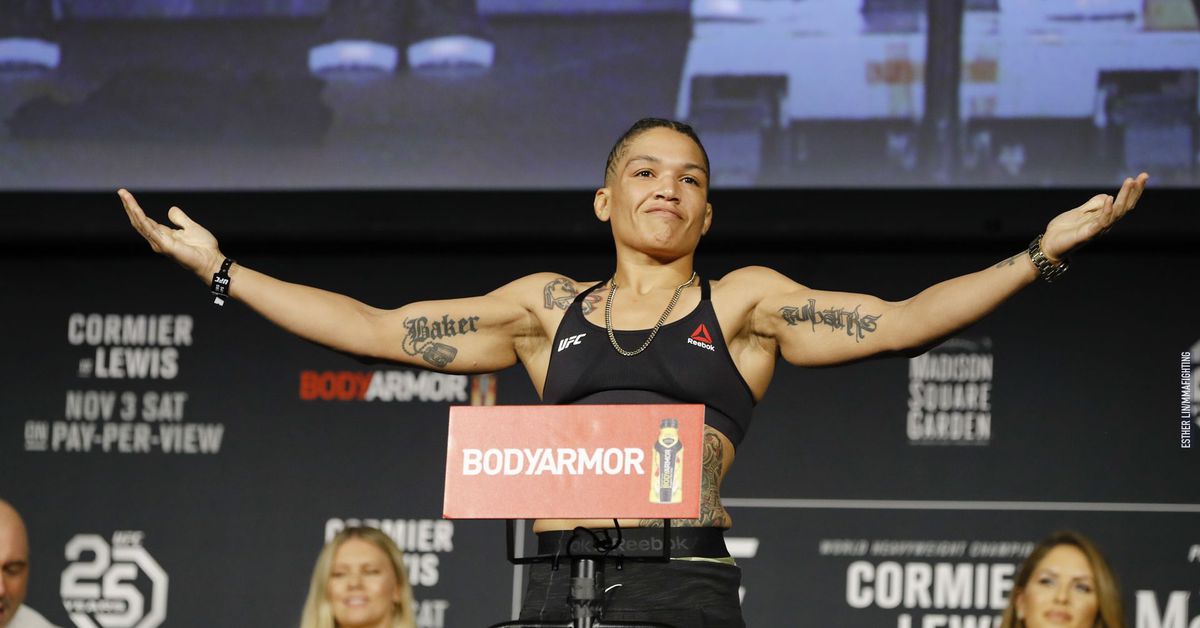 Sijara Eubanks is getting right back to work following one of the most impressive performances of her career this past Saturday.

Multiple people with knowledge of the promotion’s plans confirmed to MMA Fighting that Eubanks will now face Ketlen Vieira next Saturday at UFC 253 in Abu Dhabi following an initial report from ESPN. “Sarj” will replace Marion Reneau who was forced to withdraw from the bout with an undisclosed injury.

Eubanks has won both of her 2020 fights, which has her climbing the top-15 at 135 pounds. After picking up a unanimous decision win over Sarah Moras in May, the 35-year-old took on the surging Julia Avila at UFC Vegas 10. At more than a 2-1 underdog, Eubanks overcame a tough first round and used an outstanding ground game to earn the upset win. The TUF 26 competitor is now 4-2 in the UFC.

Vieira enters the bout in unfamiliar territory as she looks to bounce back from a loss for the first time in her career. “Fenômeno” won her first four octagon appearances, which includes victories over Ashlee Evans-Smith, Sara McMann and Cat Zingano, before facing Irene Aldana in December at UFC 245. Aldana picked up a first-round knockout win to set herself up for a big fight with Holly Holm on Oct. 3.

UFC 253 will feature two title fights, headlined by Israel Adesanya defending the middleweight title against Paulo Costa. In the co-main event, Dominick Reyes takes on Jan Blachowicz for the vacant light heavyweight title to kick off the first of a five-week stretch on Fight Island.