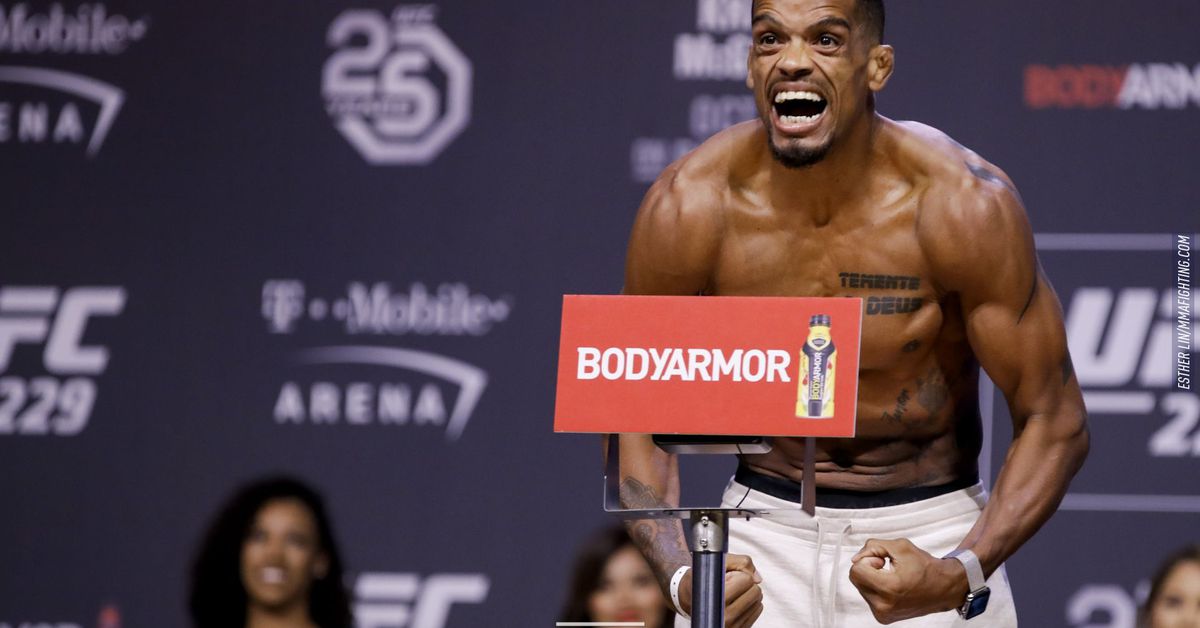 A pair of Brazilian fighters have been added to the UFC’s upcoming trip to Lincoln, Neb.

Patrick aims for his first win since February 2018 when he enters the cage to face Giagos. The 36-year-old Brazilian was on a three-fight win streak before losing by KO to Scott Holtzman at UFC 229. Patrick is 5-2 in the UFC.

Giagos is in his second stint with the UFC after returning to the promotion back in September 2018. Since then, he has sandwiched a pair of decision wins over Damir Hadzovic and Mizuto Hirota with losses to Drakkar Klose and Charles Oliveira.

Looking to start a win streak, Pessoa enters his next fight coming off of a unanimous decision victory over Jeff Hughes last October. “Bebezao” is 1-1 in the UFC so far.

Romanov, an unbeaten 29-year-old who hails from Moldova, makes his UFC debut. He has won all of his fights by knockout or submission, including a scarf choke of Bellator veteran Virgil Zwicker.

Woah. Alexander Romanov suplex to scarf hold neck crank against Virgil Zwicker. This event is getting out of hand. #PlotformaS70 pic.twitter.com/CFqEJwY3uT

UFC Lincoln is headlined by a light heavyweight bout between Anthony Smith and Glover Teixeira, with the main card airing live on the ESPN+ streaming service.

See the updated lineup below (bout order to be determined):