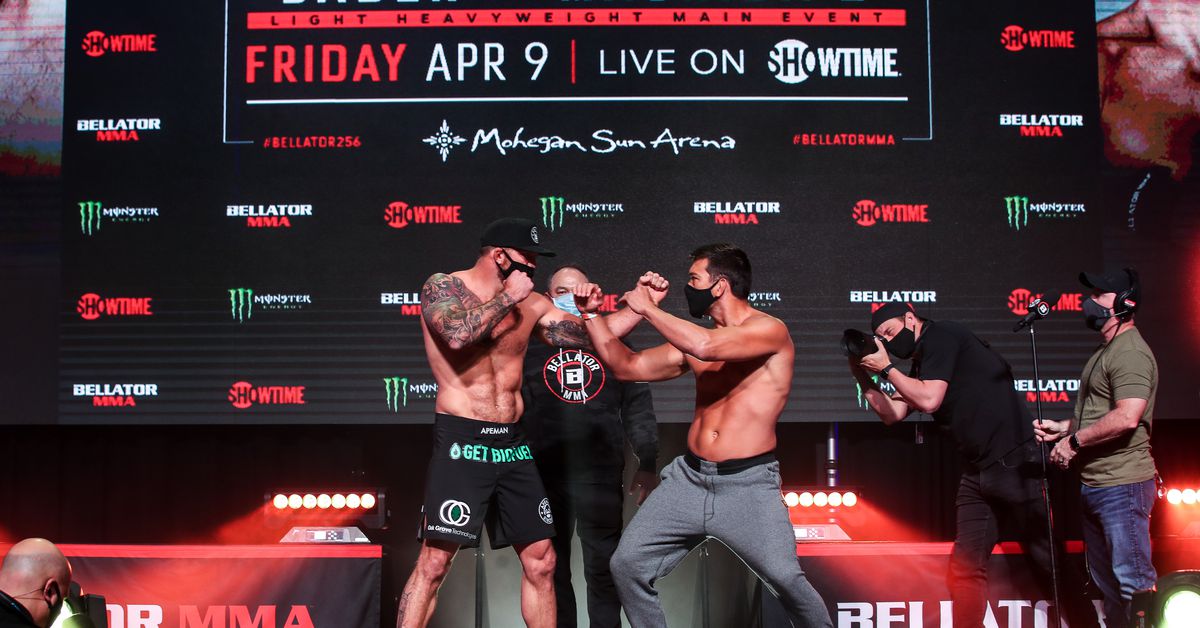 Bellator 256 goes down Friday and light heavyweight headliners Ryan Bader and Lyoto Machida are ready for their rematch.

It’s been over eight years since the two first fought in the UFC and its Bader who is looking for revenge after being KO’d the first time around. The reigning Bellator heavyweight champion is sticking around at 205 pounds to face Machida and the two compete for a spot in the semifinals of the Bellator Light Heavyweight World Grand Prix, which kicks off tomorrow night.

The veterans engaged in a tense, but respectful staredown following the ceremonial weigh-ins (full video above).

Friday’s main event will be a five-round affair, as will all the light heavyweight tournament bouts due to champion Vadim Nemkov being part of the eight-man field. Nemkov’s title will be on the line throughout the tournament. The tournament winner also receives a $1,000,000 prize.

Check out the Bellator 256 main card faceoff highlights below, plus preliminary fighter Will Smith looking like he’s ready to compete on Chopped.