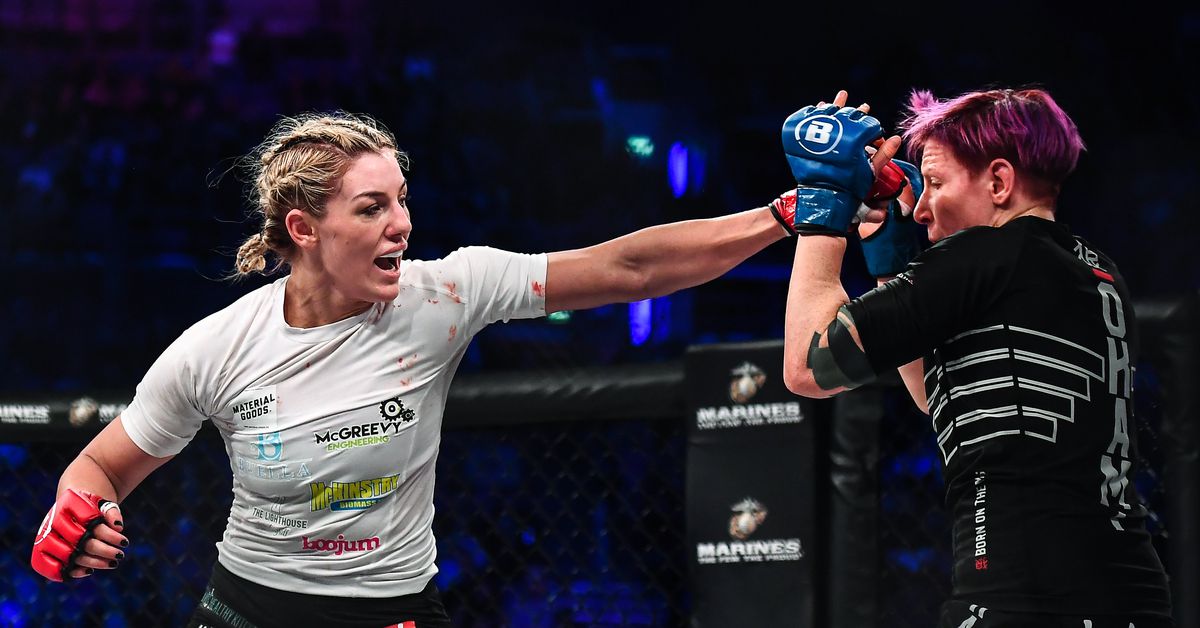 Bellator opened its 2020 television season over the weekend with two non-major events on Paramount.

The numbers for both shows were up from the level similar events were doing since this past summer.

The Friday night show, from Thackervlle, Okla., did 296,000 viewers. It was headlined by undefeated Yaroslov Amasov moving to 23-0 with a decision win over former three-time NCAA Division I wrestling champion Ed Ruth. It also featured one of the biggest television upsets in recent years when Timothy Johnson knocked out previously unbeaten heavyweight Tyrell Fortune in the first round.

The Saturday show, a taped event from Dublin, Ireland, did 310,000 viewers with a main event of Brent Primus over Chris Bungard. It also featured former UFC and Bare Knuckle fighter Bec Rawlings winning a decision over Elini Kallionidou,

The number was even more impressive given the Tyson Fury vs. Deontay Wilder fight was the big event of Saturday night, although doing such a big number for a taped show that featured no marquee names might give an argument that the fight wasn’t a big negative, even with boxing on television head-to-head..

That number is at the high end of what the company’s Paramount shows have been doing. The company hasn’t topped 314,000 viewers for a television show in the previous seven months.

The taped Saturday show went against live boxing on both ESPN 2 and FS 1, which did 862,000 and 441,000 viewers respectively, as both networks broadcasted the lead-in for Fury vs. Wilder from Las Vegas, which did a $16.9 million gate, making it the highest grossing heavyweight boxing championship fight of all time.