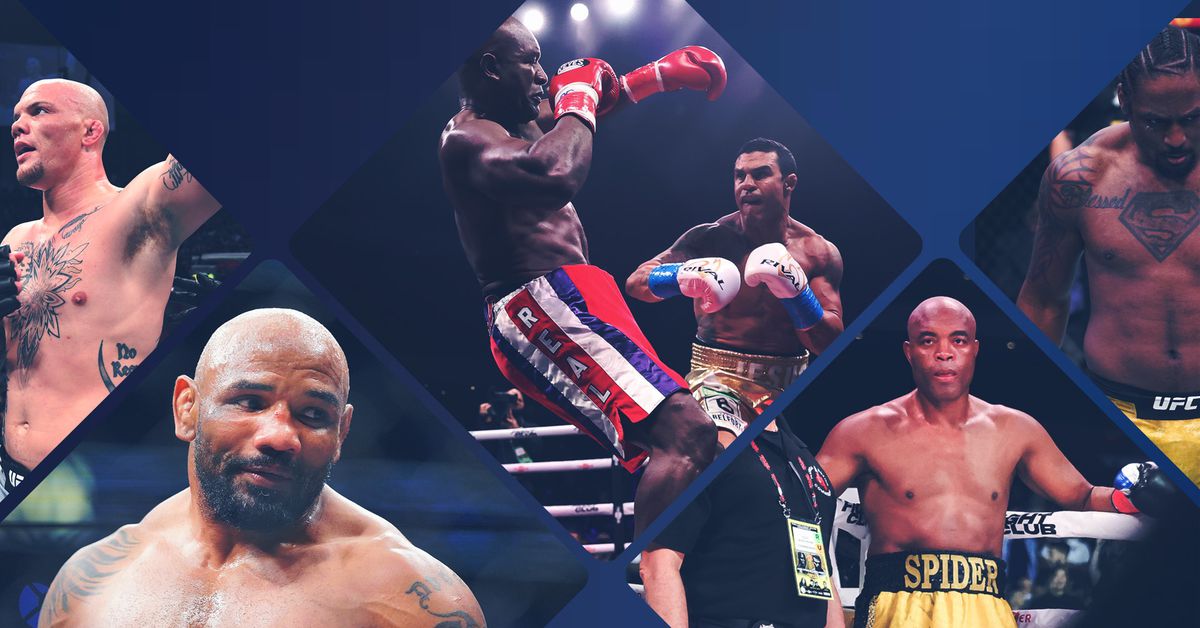 Between the Links returns following a controversial past weekend in combat sports, along with the return of the UFC, Bellator, and 29 combined fights this coming weekend.

Host Mike Heck is joined by MMA Fighting’s Jed Meshew and Jose Youngs this week as they discuss the biggest stories in combat sports.

This week, the panel discusses Vitor Belfort’s TKO win over Evander Holyfield in the main event of Triller Fight Club’s Legends 2 event this past Saturday, Belfort’s celebrations and post-fight callouts, Anderson’s Silva’s knockout victory over Tito Ortiz in the the co-main event and the reactions from fans questioning the validity of the bout itself, Yoel Romero’s return to competition and his Bellator MMA debut this Saturday in the main event of Bellator 266 against Phil Davis, the UFC returning after a week off with UFC Vegas 37 headlined by Anthony Smith vs. Ryan Spann, along with 14 other fights, and more.

Who leaves with the most coveted title in MMA media? Listen to the show and find out.

Audio-only versions of the podcast can be found below, on Apple Podcasts, Google Podcasts, Spotify, iHeartRadio, Stitcher and YouTube.