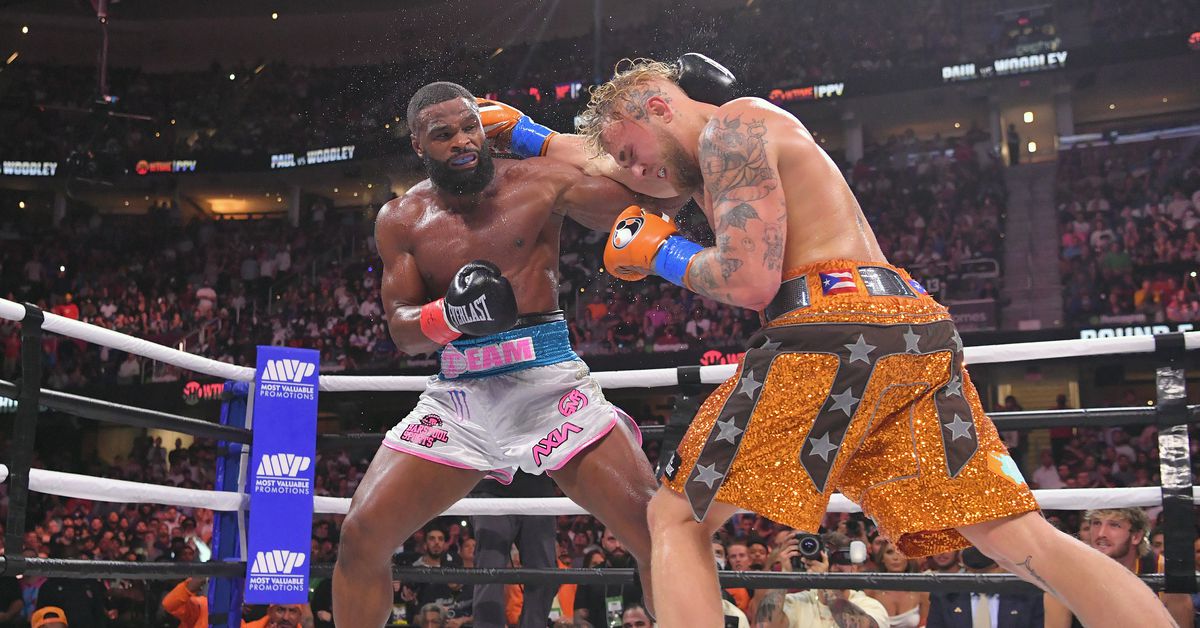 The final numbers for the recent boxing event headlined by Jake Paul and Tyron Woodley are still being tallied, but the card will ultimately end up with approximately 500,000 pay-per-view buys, according to a recent report.

While digital sales have already been figured, traditional pay-per-view outlets such as cable and satellite companies can take weeks to issue reports. When it’s all said and done, the final figures could end up slightly higher or lower than 500,000 buys, but the event is not expected to add any astronomical numbers this far after the show took place.

News of the pay-per-view sales for Paul vs. Woodley was reported by the Wrestling Observer with Dave Meltzer estimating a current buyrate somewhere between 480,000 to 500,000 buys.

Ahead of the event, the Paul vs. Woodley card was touted as a potentially huge card with the social influencer turned boxer saying pre-sales had already matched the show headlined by his brother Logan Paul and Floyd Mayweather earlier this year.

That card sold approximately 1 million pay-per-views with the eight-round exhibition between Paul and Mayweather serving as the main event.

Since making his boxing debut, Paul has become one of the most talked about athletes in combat sports while also driving viewership to his events. Paul’s fight against Ben Askren earlier this year reportedly topped 1 million pay-per-view buys, though executives such as UFC President Dana White have cast doubt on those figures.

Regardless, Paul and Woodley getting around 500,000 buys will still be seen as a success for Showtime after investing in the YouTube celebrity with a multi-fight deal prior to this matchup.

In comparison, Paul vs. Woodley will more than double the sales for a recent pay-per-view card headlined by Gervonta Davis and Mario Barrios after that event reportedly took in just over 200,000 buys.

As of now, Paul’s next fight hasn’t been announced, though he’s expressed interest in possibly facing Tommy Fury or UFC star Jorge Masvidal. As of yet, there’s been no confirmation on when he might step into the ring again.