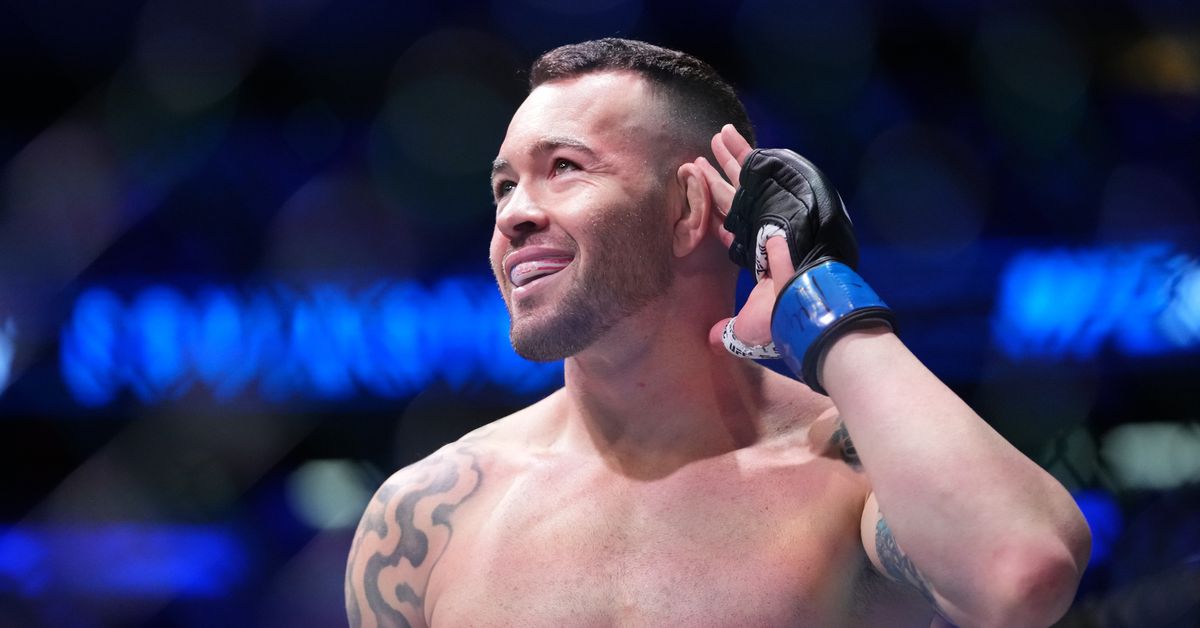 Colby Covington may still have a bad taste in his mouth from his UFC 268 loss to Kamaru Usman, but he’s ready to come back stronger against whoever the promotion lines up for him — including one of the most talked about up-and-comers in the history of the UFC.

Covington faced Usman in the main event of the UFC’s November pay-per-view event inside a sold-out Madison Square Garden and was on the wrong side of a unanimous decision in a closely contested rematch. “Chaos” feels as if he should’ve been awarded at least three of the five rounds against the welterweight champion, but will attempt to work his way back to a trilogy bout.

To do that, Covington is willing to face anybody, whether it’s his former friend and training partner Jorge Masvidal, or even the undefeated Khamzat Chimaev.

“He’s a joke. He needs to beat someone worthy — someone in the top 5, someone in the top of the rankings, not just fight hand-picked people.” Covington said of Chimaev while speaking with MMA Fighting on Wednesday. “What does he have, four UFC fights? The media loves to rush these kids and these hype jobs. This is fighting, man. People can get seriously hurt from rushing people like that.

“But if you guys want to rush a guy, take some time off of his life and send him for a hospital treatment, then, yeah, the door is open for that. I love doing good business and I love doing business with the UFC. It would be an honor to beat who they want me to beat, and if that’s the name they put in front of me, I can promise you that I’m gonna train extremely hard and I’m gonna show a new skill set the world hasn’t seen yet. You kind of see that from me every fight, I get better every fight. I add new layers to my game, so whoever they try and match me up with next, you’re gonna see those new layers and someone is gonna get seriously hurt.”

Chimaev, ranked No. 10 in MMA Fighting’s Global Rankings, burst onto the scene with four octagon wins — all finishes — while putting up unheard of statistics. For example, Chimaev has twice as many UFC wins as he’s absorbed strikes during his 4-0 promotional start. In his most recent appearance, “Borz” tore through Li Jingliang at UFC 267, submitting him inside the first round.

When asked about Chimaev at UFC 268’s media day, Covington disregarded his accomplishments thus far, and even fired shots at his struggles with a harsh bout of COVID-19 that nearly derailed his career. Of course, Chimaev responded by laughing off the former interim champion’s comments.

Covington, who didn’t compete for a UFC title until his 10th promotional bout, was asked if it was frustrating to watch the surge of Chimaev while his road was a seemingly much longer one.

“I don’t really look into what other people are doing, or what they’re being awarded. I know my path. I know my journey. I know what it took to get here. I took the long road. I didn’t cut any corners, I didn’t cheat. I’ve never cheated in the octagon or outside of the octagon, and I took the hard road to get here. I feel like that’s the true American way. Nothing is given to us here and adversity is filled every single day. We have to overcome these obstacles if we want to make it to the path of success.

“I only stay in my lane and focus on my lane, not anyone else’s lane, just my lane. Big f*cking deal, he got a handout and a participation trophy. But in the long run no one will remember that. They’re just gonna remember what would happen inside that octagon.”

While most people seem to believe a fight between Covington and Masvidal is the biggest box office attraction that can be realistically made for both athletes currently, Covington told MMA Fighting he isn’t all that confident that will be the bout that ends up booked.

If it’s Masvidal, great. If the UFC lines up a matchup with Chimaev, that’s fine too.

For Covington to get back to a third fight with Usman, he says he’s ready for whatever challenge the promotion presents.

“I’ll fight anybody. That’s what the best in the world does, they come out and prove it,” Covington stated. “I’m willing to prove it. Guys like Jorge Masvidal, he won’t prove it. He just says things to the media. He talks reckless, but he won’t prove it. I’m out here ready to prove it, so anybody, bring them all. Just don’t expect to get them back in one piece.”