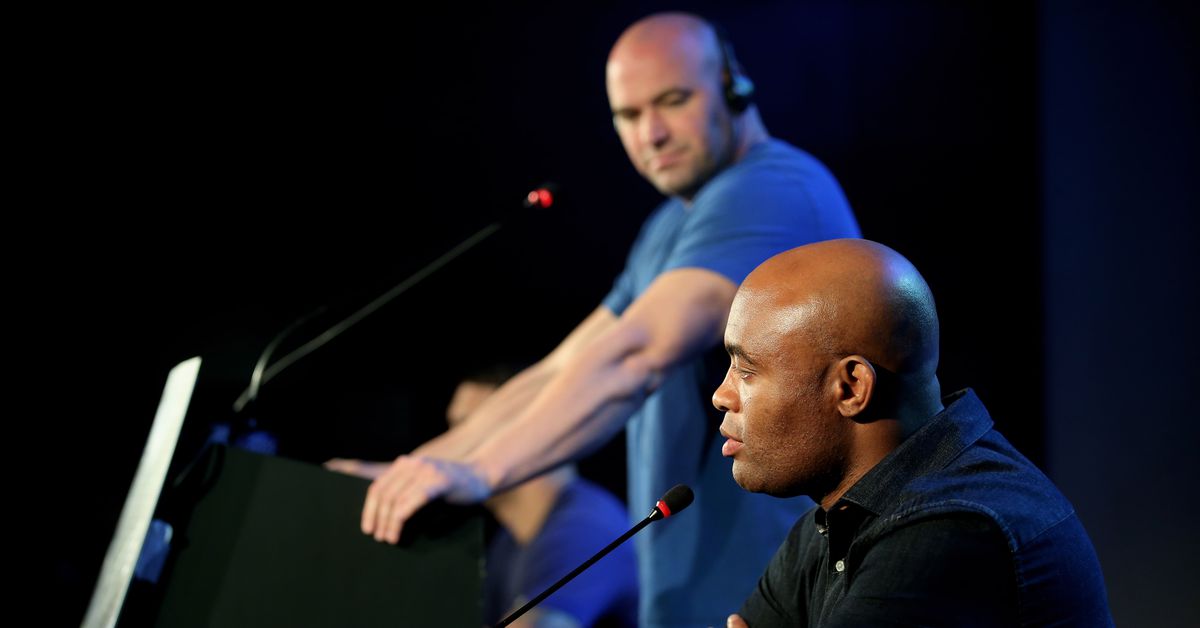 Dana White wasn’t asked about Saturday’s Triller Fight Club event specifically, but he couldn’t waste an opportunity to get some things off his chest.

The UFC president spoke with reporters following Tuesday’s Contender Series event, where five more contracts were awarded. White was asked about commissions, Florida in this case, allowing promotions to promote fights as professional bouts when—in Triller’s case on Saturday—all of the fights were exhibitions. White did not speak highly of the event as a whole, to nobody’s surprise.

“Guys, let me put it to you this way: anybody who is f*cking dumb enough and willing to pay and watch these f*ckin’ fights, Anderson Silva boxed Tito Ortiz,” White said. “[He] boxed Tito Ortiz. Tito Ortiz has no business f*ckin’ boxing anybody. Tito’s 40-f*ckin’-something years old, Evander Holyfield is almost 60 years old and he’s f*cking fighting. It’s silly. All of it’s silly, and there’s always gonna be a certain number of people that are dumb enough to buy these fights and pay for them.”

Silva, the UFC’s former longtime middleweight champion quickly dispatched of Ortiz, a former 205-pound UFC champion but putting him unconscious with one punch. While White is certainly not a fan of Triller and how they conduct business, Saturday was a reminder for White of just how good “The Spider” has been throughout his legendary career.

“Anderson Silva, we honestly need to start talking again about this guy as the GOAT,” White stated. “Not Tito, because he knocked Tito out in 40 f*ckin’ seconds, but he did to Tito exactly what should be done to Tito. Knocking Tito out in 40 seconds is what should’ve happened in that fight. Anderson Silva beat Julio Chavez Jr., at, what, 46? At 46 f*ckin years old, he left this sport where he was considered one of the greatest of all-time, possibly even the greatest of all-time, goes out, beats Chavez Jr. in a boxing match, then goes and knocks Tito out in 40 seconds.

“And, you know how I feel about Tito personally, Tito can’t box. He’s a horrible boxer and that’s why I said I would box him, but the other thing about Tito is when he fought here, Tito had a good chin. Tito took big shots from a lot of guys who hit hard. Anderson Silva knocked him out in 40 seconds.

“Anderson Silva might actually be the GOAT of combat sports.”

Anytime the crossover boxing fights get discussed, Jake Paul’s name comes up. This press conference was no exception as White put Silva over by stating the YouTube star will be staying far away from former world champion.

“It will be interesting to see what he does next,” White said. “I f*cking guarantee you this, you ain’t gonna see Jake Paul calling Anderson Silva out. That I f*ckin’ promise you. He’s his size, and he’s actually good. He’s old, which is what Jake Paul looks for, he likes to fight old guys. But he likes to fight old guys that are too small and that are absolutely, positively washed up.”

White was then asked about Paul’s callout of Jorge Masvidal, who is still under contract with the UFC, and that thought was scoffed at immediately. “Gamebred” may be under UFC contract, but White said Silva certainly isn’t.