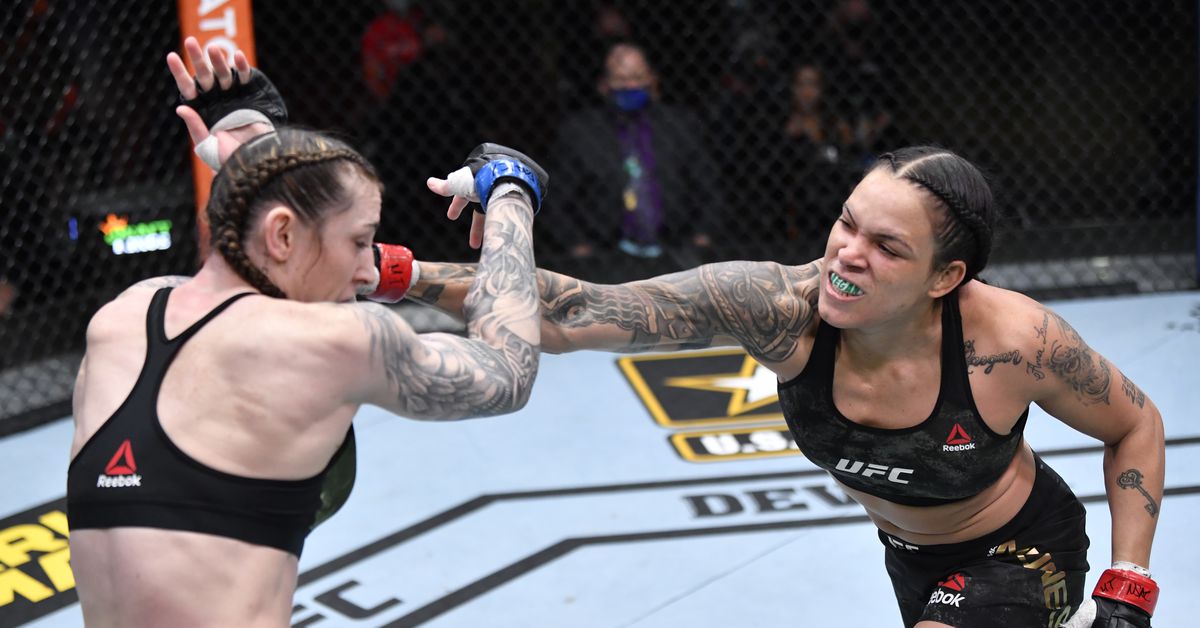 UFC President Dana White is at least entertaining the idea of a title fight between Amanda Nunes and Julianna Pena after The Ultimate Fighter 18 winner announced the cancellation of her fight with Holly Holm.

The tougher sell might be Nunes, who thinks Pena needs to do more to earn her shot.

Pena on Saturday tweeted that Holm is injured and has withdrawn from a May 8 booking. Immediately afterward, she called out Nunes for a fight.

Love watching these title fights. One in particular…
as I’ve just been informed that #HollyHolm is injured and has pulled from our scheduled bout May 8. I wish her a full recovery #ufc259

Holm’s manager, Lenny Fresquez, did not respond to multiple requests for comment. But in the wake of Nunes’ dominant featherweight win over Megan Anderson, White indicated Pena could be in the mix for a shot at the title.

Pena, he said, had seen to that.

“Julianna Pena has been texting all of us all night,” White said. “She’s been busy. Yeah, we could do that.”

It’s not the first time Pena has lobbied to fight the two-division champ. After returning to the win column in January with a submission of one-time title challenger Sara McMann, she made a very public callout.

Nunes trolled Pena in response to that promo, and this past Saturday, she appeared no more eager to give the veteran the opportunity.

“Holly is off, she can fight Germaine [de Randamie],” Nunes said at the post-fight press conference for UFC 259. “I feel like she has to get in the mix, but we’ll see. I’m going to go back down, I’m going to see my diet because now I’m pretty heavy, so yeah. I’m a champion. I’m never going to turn down fights. I’m going to be facing whoever Dana White wants me to face.”

White said Nunes could get a “quick” turnaround after she “made it look easy against a really tough girl who hits hard” in Anderson, who submitted in the first round to triangle-armbar submission after taking several hard shots in early exchanges.