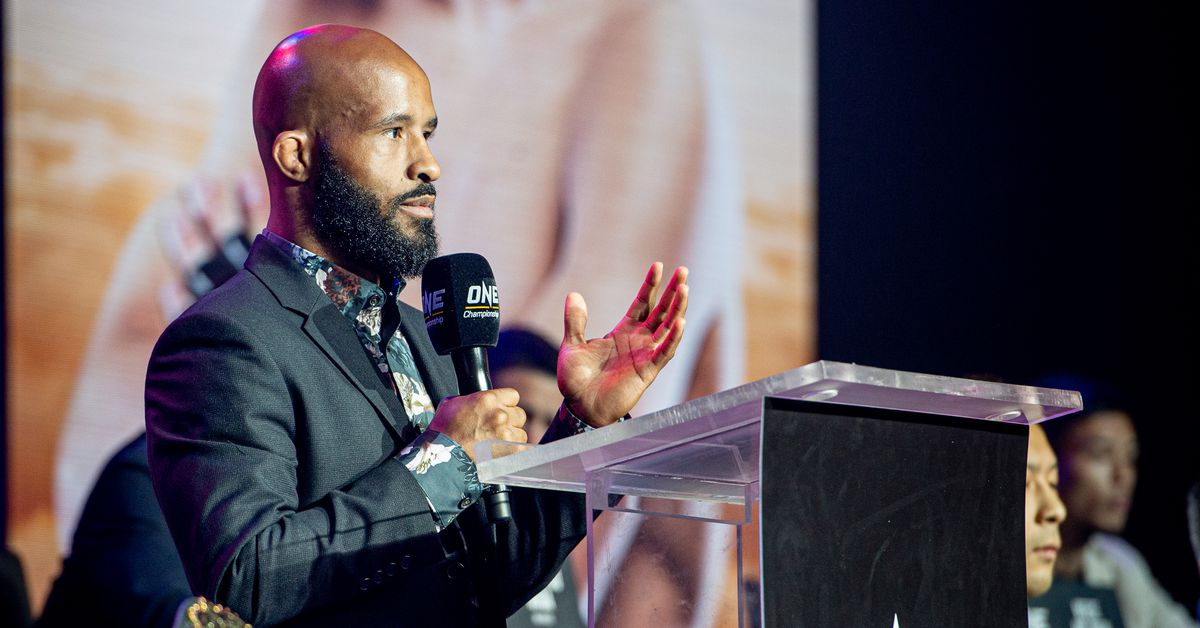 If anyone knows about being a UFC flyweight champion, it’s Demetrious Johnson. After all, for nearly six years, he was the promotion’s only 125-pound title holder.

Johnson was part of a historic trade in October 2018 that sent him to ONE Championship for Ben Askren after losing the title to Henry Cejudo via split decision at UFC 228. Since then, “Mighty Mouse” has had three wins for his new promotion and captured ONE’s flyweight grand prix world title.

Although his 2020 was shut down by the ongoing COVID-19 pandemic, Johnson has had his finger on the pulse of the sport, and his former promotion and division.

On Saturday, Deiveson Figueiredo will make his first title defense when he faces Alex Perez in the main event of UFC 255. Figueiredo captured the title when he submitted Joseph Benavidez in the first round at July’s UFC Fight Island 2 event.

Having broken Anderson Silva’s record for consecutive title defenses with 11, Johnson believes “Deus da Guerra” could give him a run for his money as he’s been quite impressed with the current champion.

“I think Figueiredo is great,” Johnson told MMA Fighting while appearing on What the Heck. “He’s got all the tools to be a champion for a very, very long time. He can take a shot, he’s got great cardio, great jiu-jitsu, he hits hard and those are all good things to have a long title reign.

“As long as he stays healthy, drug tests come back clean, and keeps making weight, I don’t see why he couldn’t be champion for a long time.”

For years, it was a constant struggle for the UFC’s flyweight division to get over with the fans despite Johnson’s incredible title reign. With Figueiredo and Perez getting set to headline this weekend’s PPV event, Johnson was asked if there may be any extra pressure on the headliners to shine an extra light on the exciting, and often underrated 125-pound weight class.

“When I watch [flyweight] fights, I don’t necessarily think these guys need to go out there and make a statement that the division is dope. I’ve always thought that way,” Johnson said. “That was always my mindset and for me, I like vanilla cake. You will never get me to like chocolate cake. I don’t care if we’re on Mars, Venus, or Pluto, I’m always gonna enjoy vanilla cake over chocolate cake.

“That’s how it is with some people. They like heavyweight fighters more than small weight fighters and I respect that. You can try to persuade them but, for me, I know what type of weight classes I enjoy watching and nobody is going to change that perspective. There might be a certain athlete that might make me change that, but in the end, that’s what I like.”

While Johnson didn’t provide an official prediction, he seems confident that the champion will retain his belt against a surging challenger in Perez. Should Figueiredo be successful, Johnson would love to put his fan hat on and watch a matchup between the last two champions—one being the man who dethroned him who has since retired—in the near future.

“Me and Cejudo have fought before, so I know that Henry can go out there and figure out a puzzle.”