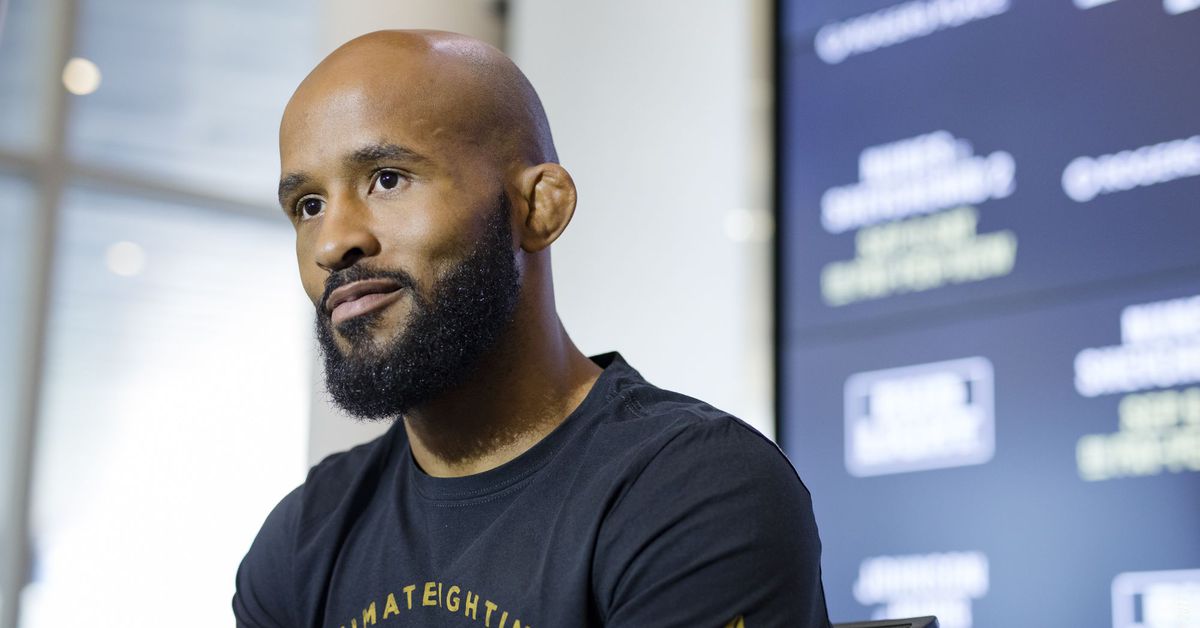 In March, Aljamain Sterling won the UFC bantamweight championship when Petr Yan was disqualified for throwing a fight-ending knee to the head of the grounded Sterling. That result caused a great deal of controversy and had many MMA luminaries weighing in on the downed fighter rule. Among those in support of allowing knees to the head of a downed fight was Demetrious Johnson, who Tweeted his belief that the knees should be legalized.

Heres the thing you cant stall the fight by sitting on your knees. Knees to a grounded opponent should be allowed!

Johnson currently competes for ONE Championship which does allow for knees to the head of downed fighters and last night, that came back to hurt “Mighty Mouse.”

At ONE on TNT 1, Demetrious Johnson failed in his ONE flyweight title bid against Adriano Moraes when Moraes dropped him with an uppercut and then knocked out the former UFC flyweight champion with a knee to the head as Johnson was attempting to get back up. It is the first stoppage loss of Johnson’s decorated career and though things obviously didn’t work out for him, Mighty Mouse says he’s still in favor of allowing knees to the head of grounded opponents.

“I like these rules,” Johnson said in his post-fight digital media scrum. “Like I said, it’s a progression of a fight. I went down on my back, I was coming up for an underhook, Adriano had me posted and he blasted a knee, the fights over, it’s done, I don’t get anymore concussions, it’s just done. And it was a different position than I’ve been in. Adriano did a good job of using his length. He fully extended me and landed the knee…

“Yeah absolutely (I still support the rule). Like I said, it ended the fight. I wasn’t stalling one bit. I was trying to get up and fight and I got blasted with a knee. My very first fight in ONE Championship I did it to Yuya Wakamatsu and ended up getting the finish. The rule is meant to be there to keep the fight progressing and end the fight. If Adriano wasn’t able to land that knee, yes I would have still been in that fight so he would have had to do something totally different. I’m totally content with what happened. I’m not like, ‘That rule should be taken out!’ That’s what the rule is, Adriano used it to his advantage and I was on the other end of the stick.”

The grounded fighter rule has been a point of contention for years among MMA fans and fighters and having it, or the lack thereof, come into play last night is sure to stir that debate up once again. Already a number of high profile fighters have commented on the outcome of ONE on TNT, arguing both for and against the rule but for Johnson, he’s already moving on.

“Yeah it sucks but I’m very mature,” Johnson said of his first stoppage loss. “I’m a very mature athlete. You can sit here and sulk and be mad at yourself but like I said, I’ve watched the fight five times already. It’s not like I’m like, ‘God, what happened?’ I know what happened and now it’s just about going back home – like I said, I’ve lost before and I’ve won before and nothing ever changes. I’ll go home, relax with the kids and the wife, spend time with them, get back in the gym, and get back on the horse. This is no different.”

And as for what getting back on the horse might entail? Well with a ONE title no longer in his immediate future, Johnson says he’s open to exploring options within the promotion. Johnson said he has six fights left with ONE and admit that he’s not in a position to call for a rematch with Moraes after a dominant loss, so instead he may want to try his hand at another combat sport, kickboxing.

“At the end of the day, one of the reasons that I came to ONE Championship is that I have options,” Johnson said. “If I want to do a kickboxing match, I can do that. Obviously yes, I can go back into mixed martial arts and work my way back up to a title shot, but I’m just gonna go home and just chill and relax and (figure out) what I want to do next. Would you like to try your hand at kickboxing? Maybe I try kickboxing and I go out there and get the bricks blown off me but at the end of the day, it’s about trying and exploring. You get one career. You get one career and I want to make the best of it and to be able to say I’ve done a professional kickboxing under ONE Championship would be dope. So I’m gonna go home, relax, let my body heal, and go from there.”

$$$. Kamaru Usman says that fighting him is ‘green panty night’ for Jorge Masvidal.

Well this was fairly fun.

all good everyone back in the hotel. watch the fight. shitty day in the office. congratz to @adrianomkmoraes we will be back.

This is why knees to downed opponents are vicious and ILLEGAL in MMA in the UFC! If this was the USA that knee is not allowed and Mighty Mouse can get up in a more safe and protective manner.

I hope Mighty Mouse is ok, but this is why I disagree with those rules. #ONEonTNT1

I’d like to congratulate Iuri Lapicus for passing my acting class with flying colors. Tonight was a beautiful performance. May the world forever troll you. Welcome to the club! #ONEonTNT1 #ONEChampionship

That’s clear he’s hitting the back of the head. Can you imagine you getting elbowed there.
What’s going on here my GOD
Enforce the rules! https://t.co/FJOSsju242

Only idiots have ever denied this.

MMA keeps showing us there are great fighters everywhere. It’s not about under what banner you’re fighting, it’s about what skillset and abilities you have.

This @ufc card is really going to struggle Saturday without me my god,
Every fighter in the press conference today has literally spoke about me. they not even talking about their fights, just Darren Darren Darren. I fucking love it. Star power baby. Star fucking power. X

The amount of fans who lost their mind over that knee was truly mind boggling. As if that is any worse than catching a full Thai plum knee.