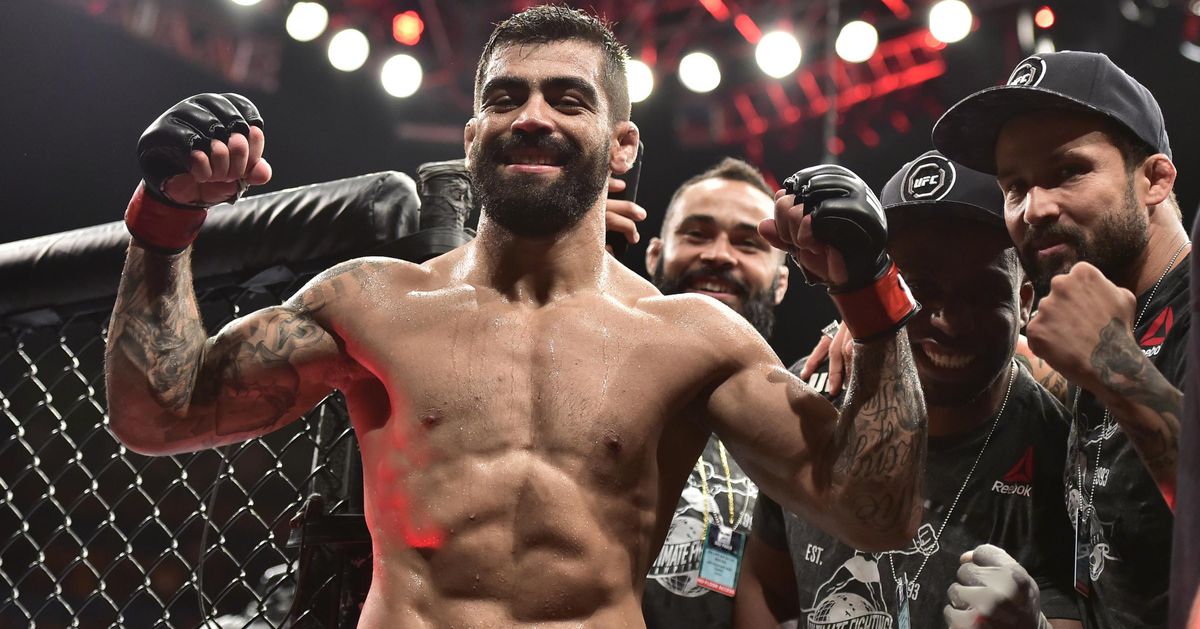 BRASILIA, Brazil — Elizeu Zaleski returned to the win column with a unanimous decision victory over Alexey Kunchenko at Saturday’s UFC Brasilia in Brazil, and now, he waits to see what the future will hold.

“Capoeira,” who won eight of his last nine in the Octagon, told the media in Brasilia that his clash with Kunchenko was the last bout of his contract with the company.

“My manager is the one who takes care of that,” Zaleski said. “I’ve fulfilled my part of the contract and we’ll see what the UFC has to offer now. I’m here to work. I fight because I like it, so let’s see what happens.”

Zaleski, a former Jungle Fight welterweight champion who’s finished four opponents under the UFC banner, wouldn’t discuss the possibility of departing to a different promotion. Instead, he hoped to secure a new deal with Dana White’s company.

“It’s between my manager and them now,” he said.

Zaleski expects “to be in the best position possible now” after a win over Kunchenko, and he vows to fight whomever is offered by the promotion.

“Who knows me knows I don’t turn down fights,” said Zaleski, who volunteered to be part of UFC 250, a pay-per-view card currently scheduled for May 9 in Sao Paulo (though all events are on shaky ground given the continuing coronavirus pandemic).

If all goes right and he gets a new contract with the promotion, Zaleski suggests a 170-pound meeting with Neil Magny, a match-up that was announced for a UFC Fight Night event in May 2019 before Zaleski said he’d never agreed to the bout.

“It would be excellent,” Zaleski said of facing Magny, who beat Li Jingliang via decision earlier this month in Las Vegas. “It would be a pleasure to brawl with him.”