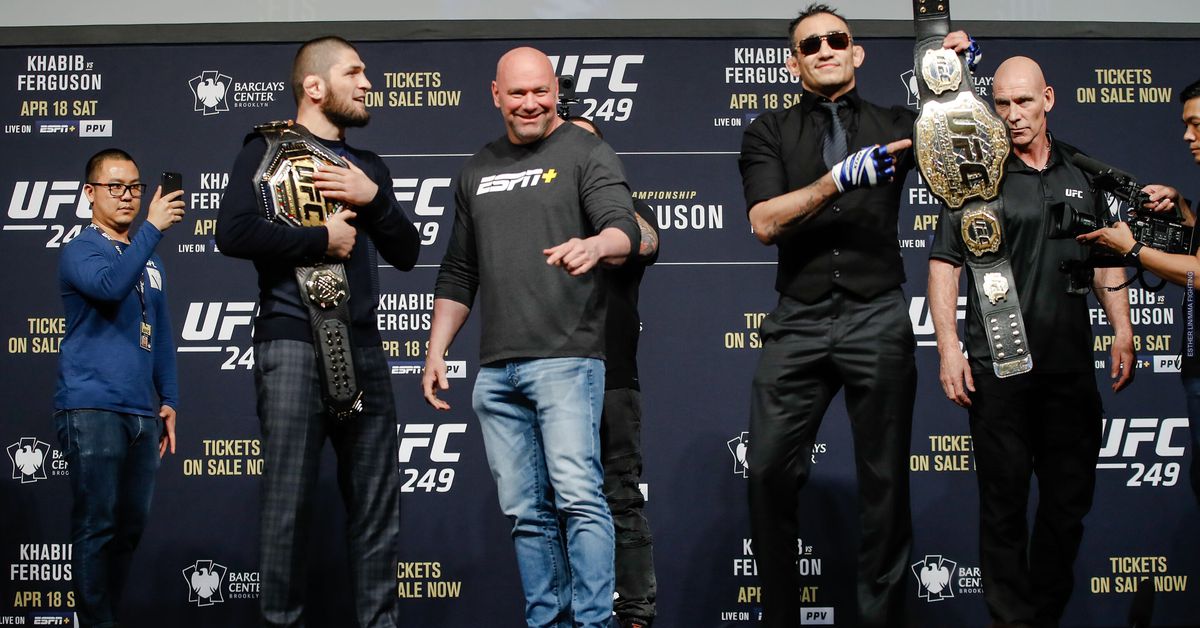 If the oddsmakers are right, the mega matchup between Khabib Nurmagomedov and Tony Ferguson will still happen in the U.S.

Betting site BetOnline.ag has posted prop odds for where UFC 249 and its highly anticipated lightweight championship headliner will take place. The event, originally scheduled for Barclays Center in Brooklyn, was forced to move due to the outbreak of the coronavirus limiting large gatherings across the country, including New York.

UFC President Dana White is not only insisting that the event will occur on April 18 as planned, but that he already has a location for the card, which would go down behind closed doors.

Currently, Florida leads the pack of potential replacement sites at +200, with United Arab Emirates close behind at +350, and Nurmagomedov’s home country of Russia in third at +400.

As MMA Fighting previously reported, Florida is one of the destinations in the running to host the card, with the state’s commission using the same health and safety protocols for a Combat Night MMA event this past Saturday in Jacksonville, Fla.

See the full list of the UFC 249 site odds below: