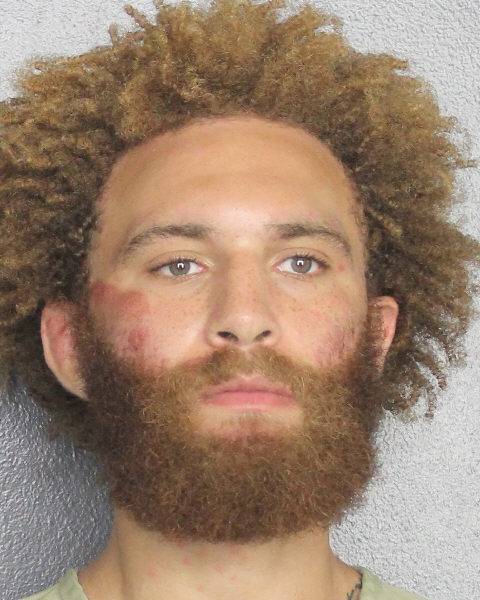 Troubled former UFC fighter Luis Pena was
recently arrested for the third time in the past few months.

According to online
arrest records, Pena was arrested on Monday and faces two new
charges for misdemeanor batter and misdemeanor criminal mischief.
No bond has been set. Further details regarding the charges are
currently unclear.

Pena was previously arrested this past October in Deerfield Beach,
Fla. on
charges of domestic violence and battery. According to a
probable cause affadavit, Pena is accused of hitting his girlfriend
with a closed fist “multiple times.” Pena allegedly continued to
strike his girlfriend while she was on the ground, and the woman
also suffered abrasions on her left wrist and a bite mark near her
left knee.

According to the affadavit, another woman who witnessed the alleged
assault attempted to stop Pena, and the fighter struck the woman in
the eye with a closed fist. That resulted in the woman falling to
the ground, and she was left with a purple contusion to her eye as
well as a laceration on her right elbow due to the fall.

Additionally, Pena was arrested and charged with robbery by sudden
snatching, battery and criminal mischief following a fight with his
girlfriend on June 14. Pena allegedly smashed the woman’s phone on
the ground and punched her in the head, and had reportedly been
suicidal. Around that same time, Pena also authored multiple posts
on social media regarding his battle with mental health issues.

A cast member on Season 27 of “The Ultimate Fighter,” Pena went 5-3
during his tenure with the UFC. Most recently, he captured a
split-decision triumph against Alex Munoz
at UFC on ESPN 22 on April 17. Pena was released from the UFC
following his second arrest in October.