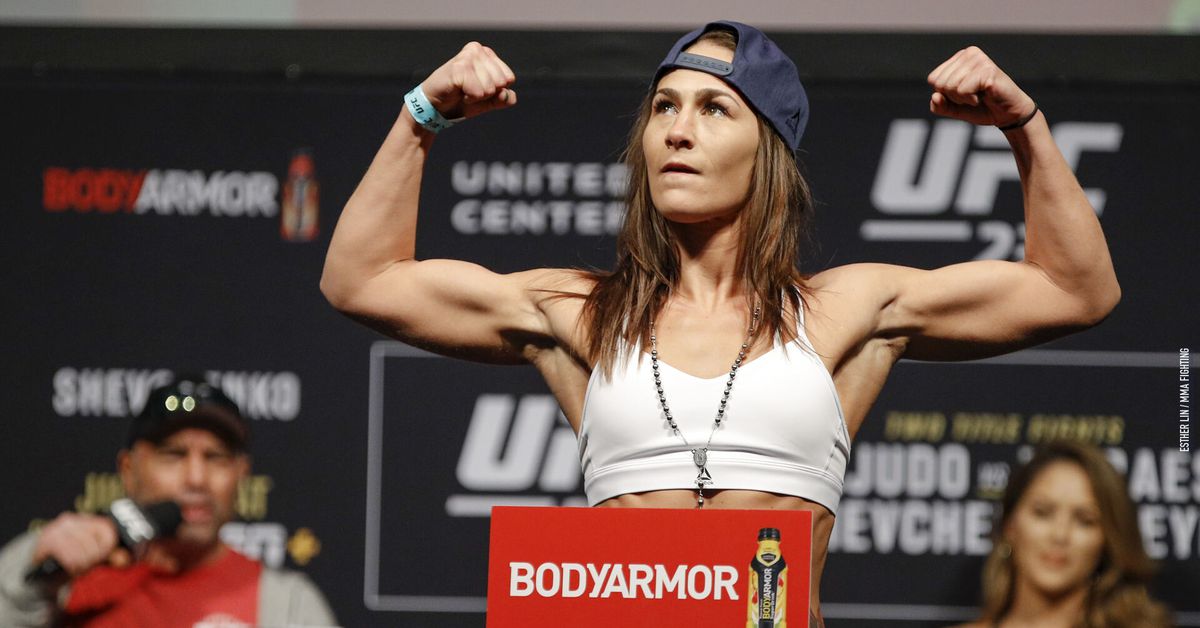 A battle between top 10 women’s flyweights will take place in early 2021.

Multiple people with knowledge of the promotion’s plans confirmed to MMA Fighting that a matchup between Jessica Eye and Joanne Calderwood has been added to the UFC’s Jan. 23 fight card following an initial report from MMA DNA. A location for the event has yet to be officially announced.

Eye looks to get back in the win column after being on the wrong side of a unanimous decision against Cynthia Calvillo at June’s UFC on ESPN 10 event. After winning three straight fights in 2018, “Evil” earned a title shot against Valentina Shevchenko at UFC 238 and was brutally knocked out by the champion in Chicago. The 34-year-old bounced back with a decision win over Viviane Araujo at UFC 245 this past December.

With a UFC 242 decision win over Andrea Lee in the books, Calderwood was set to challenge Shevchenko for the 125-pound strap at UFC 250 before the champion was forced to withdraw with an injury. Rather than wait, Calderwood decided to stay active and face Jennifer Maia at UFC Vegas 5. “JoJo” was submitted in the first round and will look to take another step forward towards title contention to kick off the new year.

Although a main event hasn’t been announced for the Jan. 23 event, Dana White confirmed on Friday that the rematch between Conor McGregor and Dustin Poirier is being targeted and that contracts need to be drawn up.