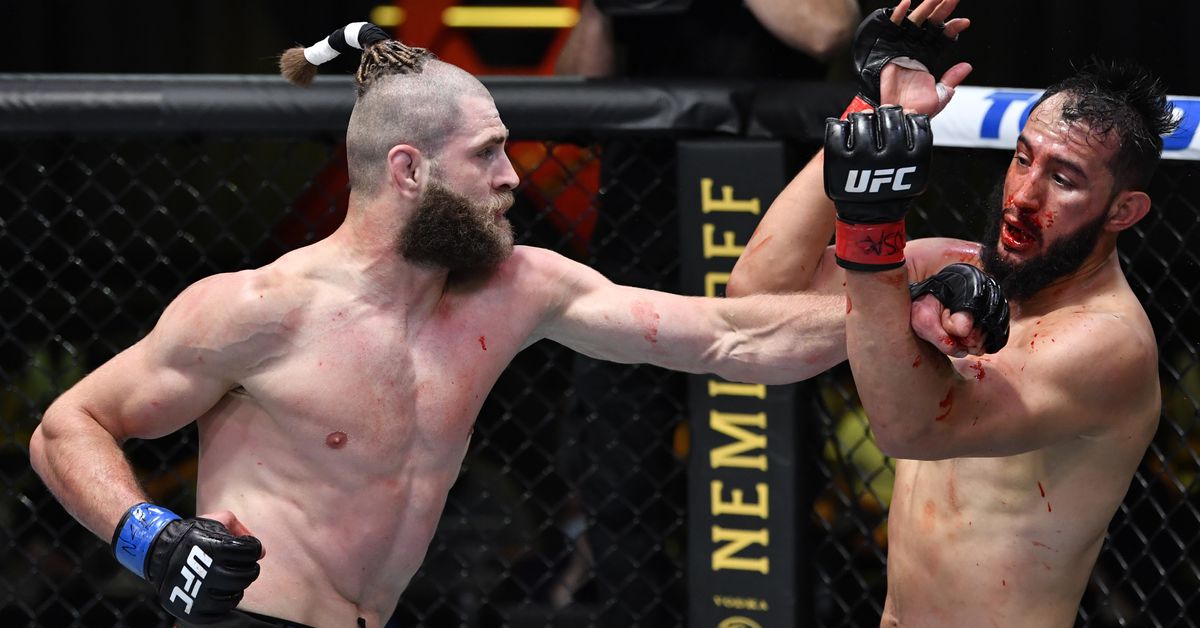 Jiri Prochazka is expected to be the next contender for the light heavyweight title, and it took him all of 16 months to get there.

Watch how fast he melts opponents in the octagon, and it’s not hard to see why.

The foundation for that power isn’t just in body mechanics. It isn’t just about timing and placement. For the 29-year-old Czech, it’s a mindset rooted in the bushido code that extends to everything in his life, including the targets on which he practices.

The one Prochazka warms up on every day, he said recently on The MMA Hour, is a tree. He showed that off a bit in a recent Instagram video, chopping away at a trunk that was padded lightly enough to suggest he would eventually be the loser wearing four-ounce UFC gloves.

But according to Prochazka, this is part of a winning strategy that makes his punches hit just a little different.

“It’s good for the body to be in the technique to be like a rock,” he explained. “Then I can go through the opponent’s body with my technique, and my technique can be more dangerous. It’s a good training for the body.”

Check out Prochazka’s training video, which he released in the weeks leading up to his job as a backup fighter for a light heavyweight title bout between Jan Blachowicz and Glover Teixeira. When he’s done with the tree, he moves on to the heavy bag.

The new Brazilian champ Teixeira now holds the belt that Prochazka vows to capture in short time. Prochazka hopes, of course, that Teixeira won’t delay too long after the weird experience of preparing for a title fight that may or may not have arrived. He’ll keep training regardless, chipping away uninterrupted at that tree to condition his fists.

“No breaks,” he said. “That’s how my training must be, because if you want to show something crazy, something new, you must train like that.”