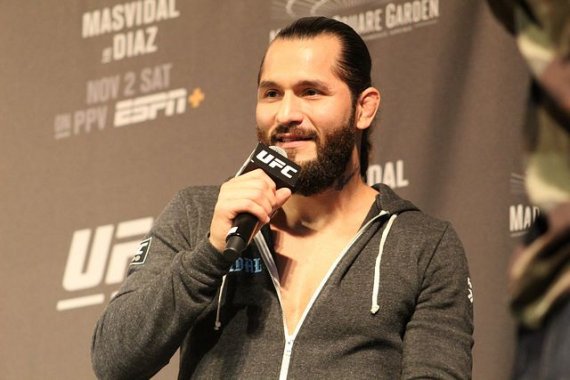 Recently-crowned “BMF” champion Jorge Masvidal will be part of the Combate Americas broadcast team for its inaugural pay-per-view event on Saturday night.

The promotion announced Wednesday that Masvidal will join Julianna Pena and Max Bretos for commentary duties at Payne Arena in McAllen, Texas for Combate Americas “Tito vs. Alberto.” The card is available on FITE TV and cable and satellite providers for $29.99 and begins at 9 p.m. ET/6 p.m. PT.

The card is headlined by a 210-pound catchweight showdown between Tito Ortiz and Alberto Rodriguez. In the co-main event, Melissa Martinez will face Desiree Yanez for the strawweight strap.

Masvidal has emerged as one of the biggest stars in MMA following a 2019 campaign that saw him best Darren Till, Ben Askren and Nate Diaz. The win over Diaz came in the UFC 244 headliner at Madison Square Garden and earned “Gamebred” the specially created “BMF” belt.

“The UFC’s BMF champ Jorge Masvidal is joining forces with MMA’s dynamic duo of Julianna Peña and Max Bretos to form the most explosive commentary team in the sport this Saturday for the biggest fight of the year,” Combate Americas CEO Campbell McLaren said in a release.