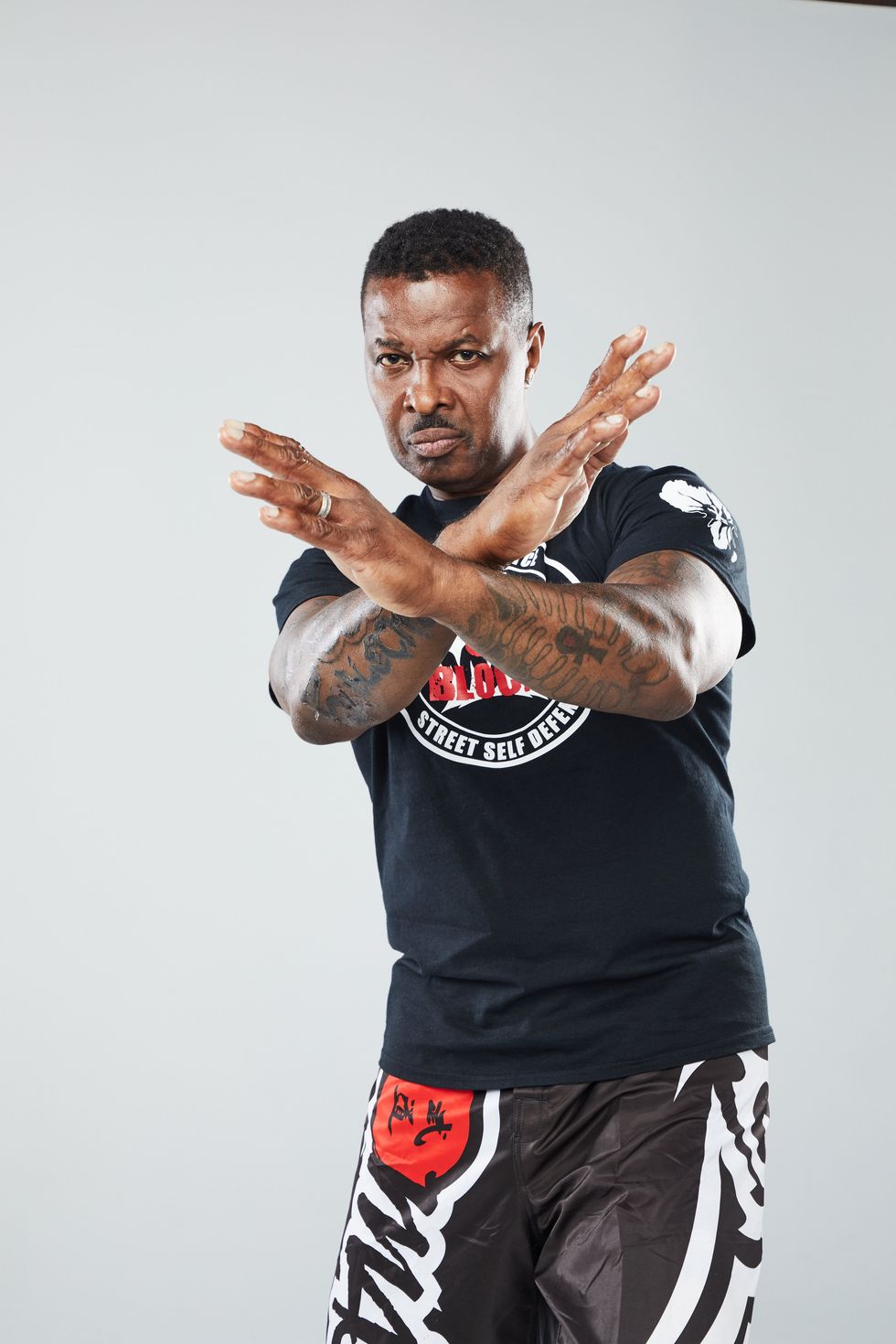 By now, you’ve probably heard all about 52 Blocks — especially because we featured the martial art and its most visible proponent Professor Mo, aka Mahaliel Bethea, on the cover of our magazine last year. Just in case you haven’t, know that 52 Blocks is a self-defense system that was spread in American prisons but that actually originated in Africa, according to Professor Mo. That’s the reason we titled our June/July 2019 cover story with him “Art of Africa, Not Art of Incarceration.”

The New York City–based instructor is back in Black Belt, this time to teach seven of his system’s trademark techniques. You can find them in our June/July 2020 issue. During the photo shoot, Professor Mo demonstrated those techniques on video for the benefit of Black Belt readers. One of the moves, called “dirty bird” is shown here.

The technique entails momentarily placing your arms in front of your body with your forearms crossed, then extending your limbs to scissor your hands and hit various targets, Professor Mo says. “It’s a quick movement, quick as a bird!

“One part of the body you can strike with it is the neck. In this combination, you swat his arms down as he begins his attack, then use dirty bird to hit him in the neck. At that point, you can grab his shirt at the shoulders and spin him around. Then you pull him backward to get him off-balance and thrust your knee into his back to break his body down. Follow up with a stomp to the back of the knee or the calf.”

If you need to continue, you can turn, wrap your arm around his neck and apply pressure, he says. “You don’t have to know any special choke. If he’s a lighter guy, you can throw him. If he’s a bigger guy, you might choke him out right there using his own bodyweight.”

In 52 Blocks, you avoid going to the ground whenever possible, he cautions. “You’re not falling in love with your opponent.”Also, it’s good to change directions as soon as possible because you don’t know who’s behind you. Changing directions means you can immediately look for other attackers.”

To learn six more techniques from 52 Blocks, order a copy of the June/July 2020 issue of directly from the Black Belt Store.