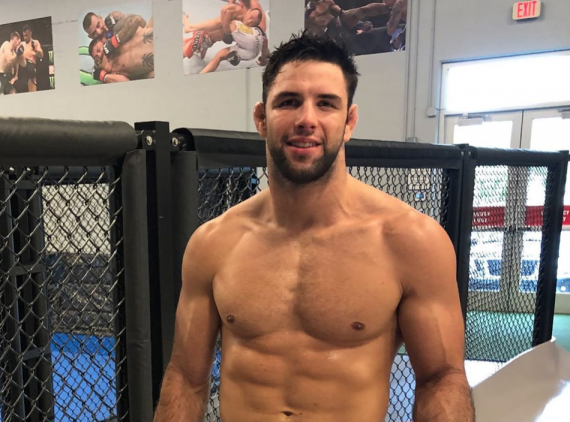 Sherdog.com confirmed the heavyweight bout following an initial
report from
Combate.com. Kang is already scheduled to face Amir
Aliakbari at One Championshp “Fists of Fury” on March 5. It is
unclear if he will remain on this week’s card and face Almeida next
month.

Kang made his MMA debut in 2018 and has won his first four
appearances by knockout or technical knockout inside of a round.
The 25-year-old last appeared at One Championship “Unbreakable 3”
where he stopped Mehdi
Barghi at the 4:50 mark of Round 1 on Feb. 5.

Almeida, who trains at American Top Team, recently retired from
grappling competition to pursue an MMA career. The 30-year-old has
won numerous gold medals and championships during his grappling
tenure, including gold medals in the Pan American Championship and
IBJJF World Championship, as well as Abu Dhabi Combat Club
championships in 2013 and 2017. He was
initially slated to meet Oumar Kane
in his debut, but that fight was ultimately scrapped.

One on TNT 1 takes place in Singapore and is headlined by a
flyweight championship clash between Adriano
Moraes and Demetrious
Johnson. In another featured bout, Eddie
Alvarez will square off against Iuri
Lapicus. The evening’s main card will be televised on TNT.